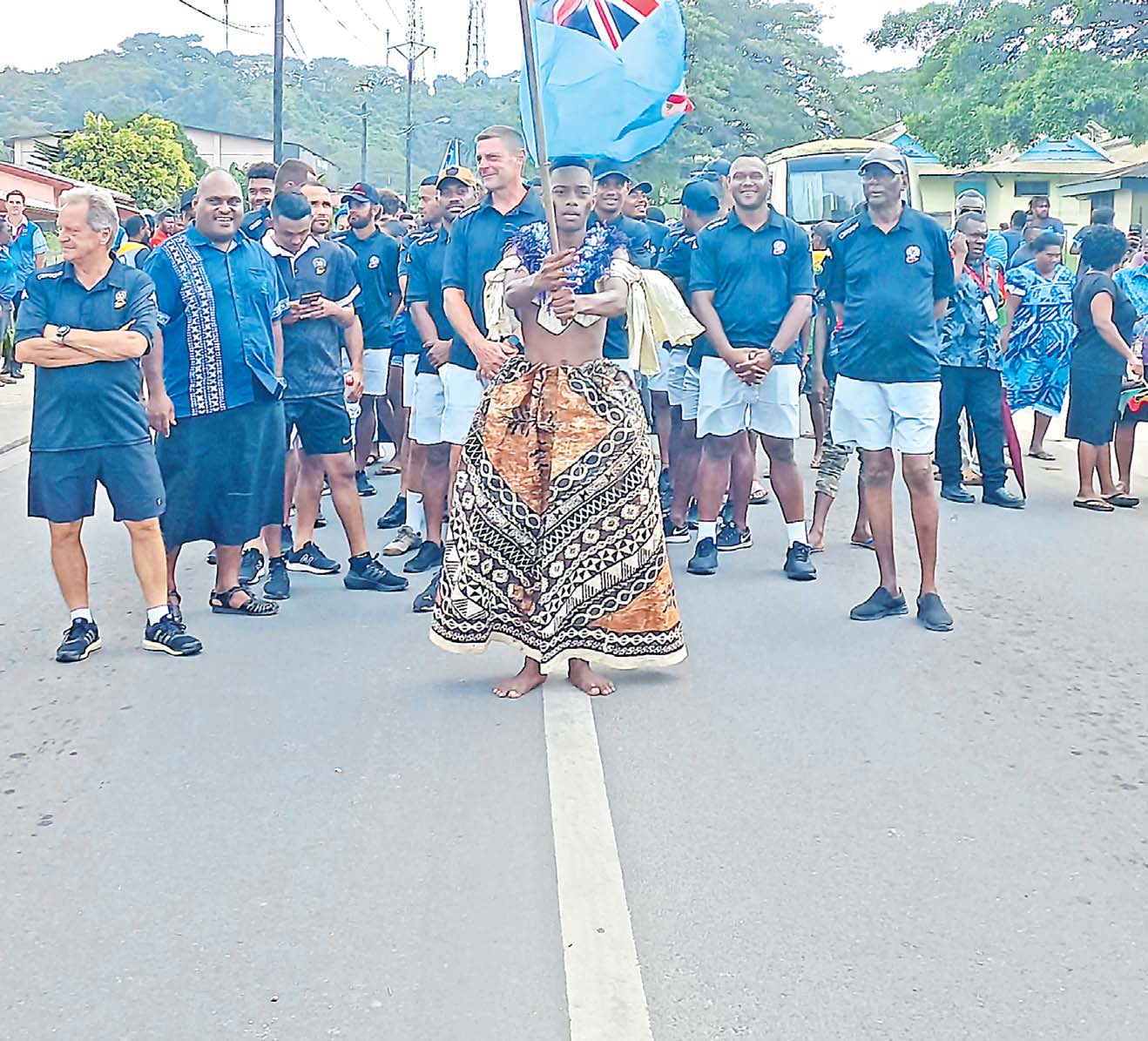 Emosi Bolaqace Tamani proudly hoists the Fiji flag while leading the parade in Port Vila. The 15-year-old lad hails from the village of Nasinu, Levuka, Ovalau and has maternal links to Nakorovou, Dreketi in Rewa. Picture: SUPPLIED

The community welcomed the team during a dinner on Friday night.

Vanuatu’s Prime Minister Bob Loughman, who is also chair of the MSG, declared the games open following a parade in the capital to the Korman Stadium led by team Fiji and members of the Fijian community.

The official opening was attended by Government officials, members of the diplomatic corp, local government representatives, supporters, the media, and members of the respective Melanesian communities living in Port Vila.

Loughman said it was an honour to be the first prime minister of the MSG Group to host the inaugural games and officiate at the historical ceremony.

He added that despite many differences, the one thing that unites people is sports and encouraged youths to engage in it.

The new director general of the MSG Secretariat, Leonard Louma, said it was a proud moment to see the culmination of a dream “of our MSG Leaders to revive the Melanesian Cup under the banner of the MSG Prime Ministers Cup”.

The match was scheduled to kick off at 6pm (5pm local time).

However, according to Fiji team manager Anushil Kumar, the opponents arrived late in Vanuatu so the match was postponed to three hours later.