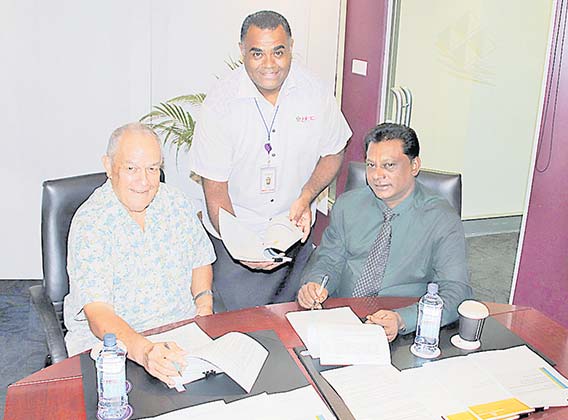 HFC Bank signed a contract with TCS BaNCS (a division of Tata Group, India) for the bank’s new core banking system (CBS) and digital enhancements for a total investment of $40 million.

Chairman Tom Ricketts said this was a landmark event to venture in such a large investment which would create a new banking experience for their customers.

In a statement from the bank it was stated the CBS project had been on the horizon as part of the gank’s vision and strategies to improve and enhance its digital capabilities.

The bank stated the new system had undergone a strenuous shortlisting process and would ensure impeccable operational improvements which would benefit all stakeholders, customers, and staff.

This signing marked the commencement of the implementation which was planned over the next 15 months and was earmarked for completion by mid-2023, as the bank stated it was geared and ready to embark on this very significant phase of this growth.

“With a total investment of $40m, this project is an incredible leap for the bank — a transformation that will certainly put HFC Bank at the forefront of becoming a leading player in the banking arena,” he said.

“The project core strategy for the bank, and we will proactively manage every aspect of the project to deliver the best outcome without any impact on our customers.”

Mr Ram added this was a clear confidence in the future of the bank and Fiji’s economy, which would see HFC Bank become the most admired and respected bank delivering the best quality service to its customers and fair return to its shareholders who were all Fijians.