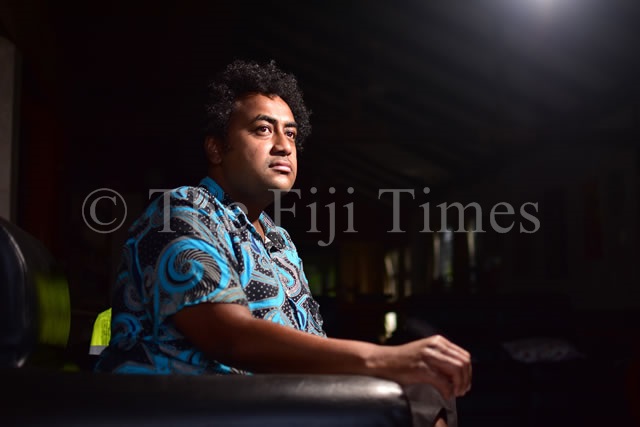 Allegedly abused, tortured and sodomised by soldiers on the eve of Christmas, 2006, for his stand on democracy, youth activist Pita Waqavonovono says he continues to be haunted by the experience.

Sharing his experience during the Catholic Church Archdiocese of Suva virtual discussion ‘Forming the True Man’, Mr Waqavonovono shared that before the incident 15 years ago, he had been exposed to domestic violence.

He shared that because of his childhood experience, he used to respond to those around him in a violent manner.

Following his experience in 2006 after the coup, Mr Waqavonovono claimed, “I was going to stand up for democracy. I was arrested a few times but on Christmas Eve, I was arrested by soldiers and taken in to the barracks where I was abused, tortured. I was sodomised.

“It really broke my spirit to see that the people that did this to me were actually running the country and in an effort to heal my psychological condition, I sought professional help with the support of my dad and his sisters who helped me get to the best psychologist.

“If it wasn’t for that intervention, I don’t know how I would have been able to face my mother and siblings who were my greatest source of strength during my recovery.

“This is something people hardly talk about, especially young men, the emotional and psychological scars that are left in the wake of these sorts of experiences.”

Speaking about what he termed as his lost years spent resorting to alcohol, drugs and other time-wasting activities to mend his psychologically wounded self, Mr Waqavonovono called on youths to learn to talk about their experiences with those they trusted in within their communities.

Mr Waqavonovono told young men the church was a strong source of spiritual grounding and solace for the challenged and wounded spirit.

“I want to encourage you to take time to stop looking back on the negatives in your life. A memory is not the enemy. But the ways we use our memory determine the detriment.”

When approached to comment on the issue yesterday, Republic of Fiji Military Forces Commander Rear Admiral Viliame Naupoto sought written questions as he was busy.

The questions sent to Mr Naupoto remained unanswered when this edition went to press.