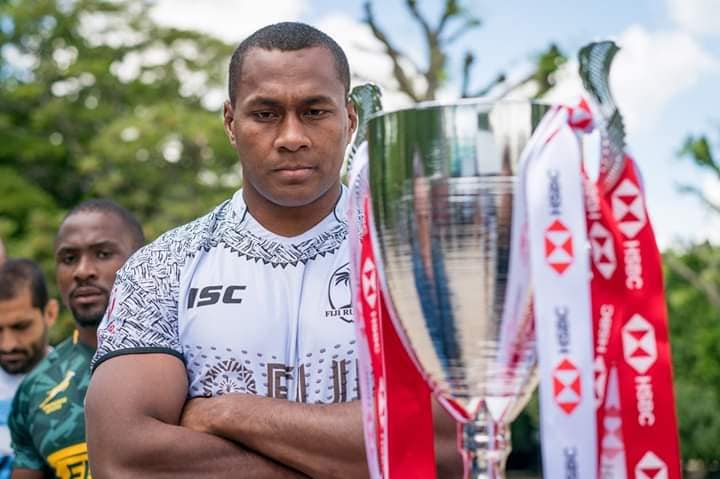 Fiji 7s skipper Paula Dranisinukula with the Paris 7s cup as the team gears up to the final tournament in the series this weekend. Picture: FIJI RUGBY

FIJI Airways Fiji 7s coach Gareth Baber says the team has only one mission this weekend. That is to win the last tournament on the ongoing HSBC World Rugby Sevens Series and secure Fiji’s fourth series title.

“The aim is to win,” Baber said. “If we take this tournament we will win the series, but it will definitely not be easy.”

Baber said they were looking to go one better from their performance in the last leg where they returned with a gold medal in Hong Kong and a silver medal in Singapore.

Meanwhile, Baber has applauded the performance of Meli Derenalagi, Vilimoni Botitu and Aminiasi Tuimaba who had been nominated for the World Rugby 7s Rookie of the Year award.

” I see it as the acknowledgement of the work we have put in throughout the season,” he said.

“These boys are new to the program this year and eight of the boys have never been to London and Paris.

“I take great pride in the team and that we have been acknowledged because they have been put there by the hardwork all around them.”