‘Fiji yet to become Singapore, Mauritius’ 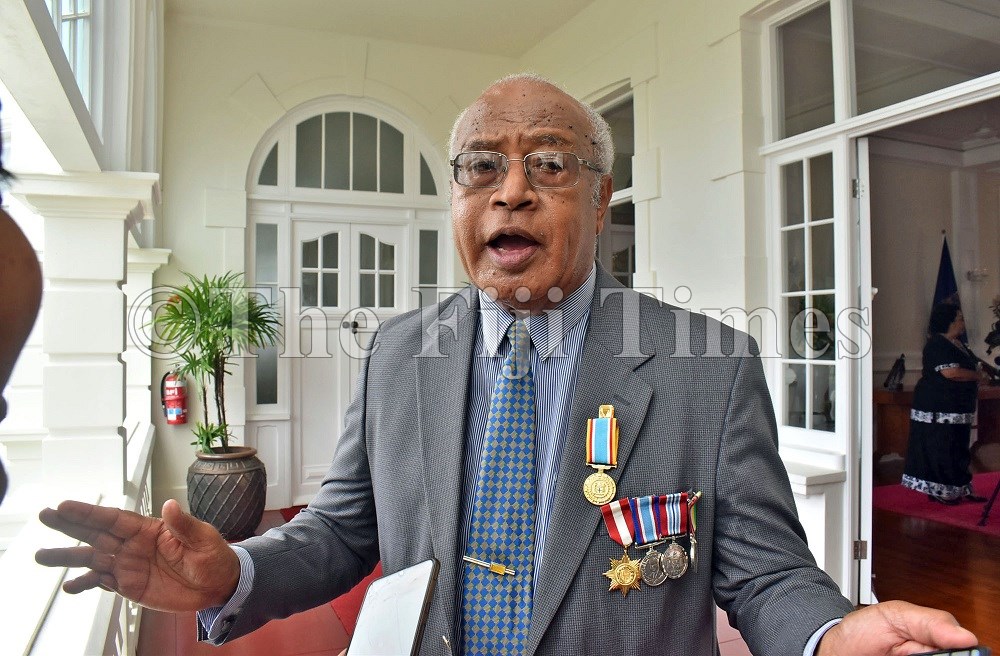 Former Foreign Affairs Minister Kaliopate Tavola during an interview after the 50th Anniversary of Independence Commemorative medal ceremony at the State House in Suva on Wednesday, October 14, 2020. Picture: JONACANI LALAKOBAU

Former minister for foreign affairs and trade Kaliopate Tavola says there is still a lot of work to be done for Fiji to become the “Singapore” and the “Mauritius” of the Pacific.

He was among the 26 recipients who received the 50th anniversary medal of Fiji’s independence at the State House last week.

Mr Tavola said he contributed to national development for 40 years and he was grateful to receive the medal.

“We have done great things in the last 50 years,” he said.

“At one time we wanted to be the Singapore and the Mauritius of the Pacific. We got so close but we still need to do a lot more.

“So I think there is a lot to be thankful for, the peaceful development we have achieved and the realisation that there is still more that we should do as people and as a country.”

He said leaders should aim to take development to another level in the next 50 years.

For 11 years, Mr Tavola worked in the Ministry of Agriculture,Fisheries and Forests.

He was also a chief economist before becoming a diplomat for 14 years.

He returned in 1998 and was involved in politics, where he became the minister for foreign affairs and foreign trade.

He now does consultancy work for Fiji and the region.