Fiji will not step back where climate crisis is concerned: PM 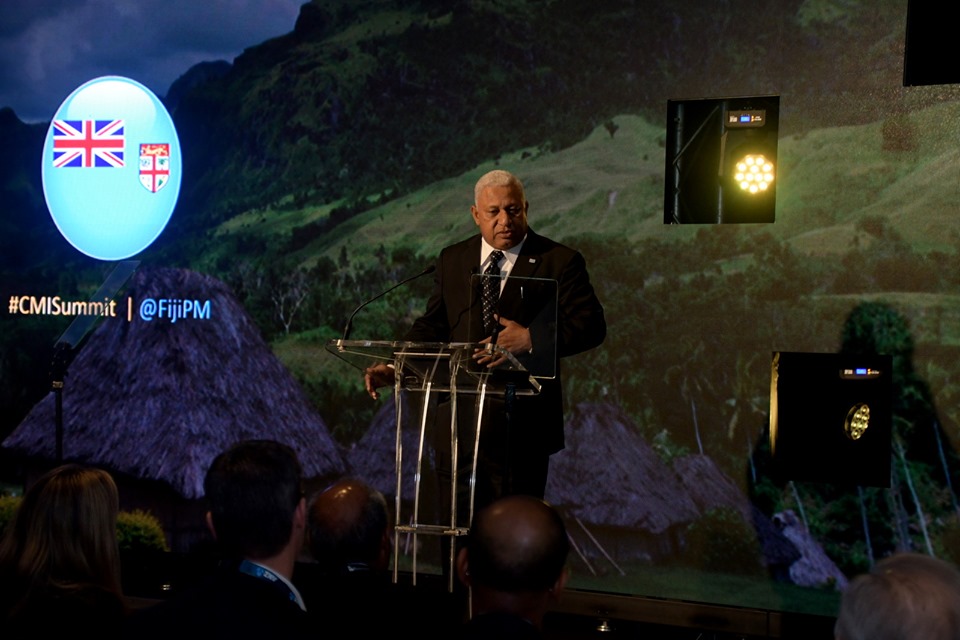 FIJI may no longer preside over the climate negotiations but the island nation in the South Pacific will not take one step back where this climate crisis it is facing is concerned.

In fact, Prime Minister Voreqe Bainimarama said the country would continue to exert all the leadership “we can with all the energy we can muster”.

Mr Bainimarama made the comment in his address at the Carbon Market Institute’s Australian Emission Reduction Summit in Melbourne today.

He said Fiji had two priorities – to build greater resilience to growing climate impacts and to urgently modernise and decarbonise our economies and societies.

“Your Pacific island neighbours are asking for support and solidarity in doing both,” Mr Bainimarama said.

“At the conference, and with the Secretary General, we will share policies we have adopted, actions we have taken, and new information on the urgency of our situation,” Mr Bainimarama said.

“I can tell you that Fiji has been very active in the two years since we last spoke.”

Mr Bainimarama noted that he last spoke at this same summit two years ago, and today, he said the world remained on track for a catastrophic average global warming of at least three degrees.

“We must cut this number in half and aim for 1.5 degrees. Even at this level, the impacts felt around the world will be severe, but it gives us a much better chance to adapt, develop and prosper than a world that’s three degrees warmer,” he said.