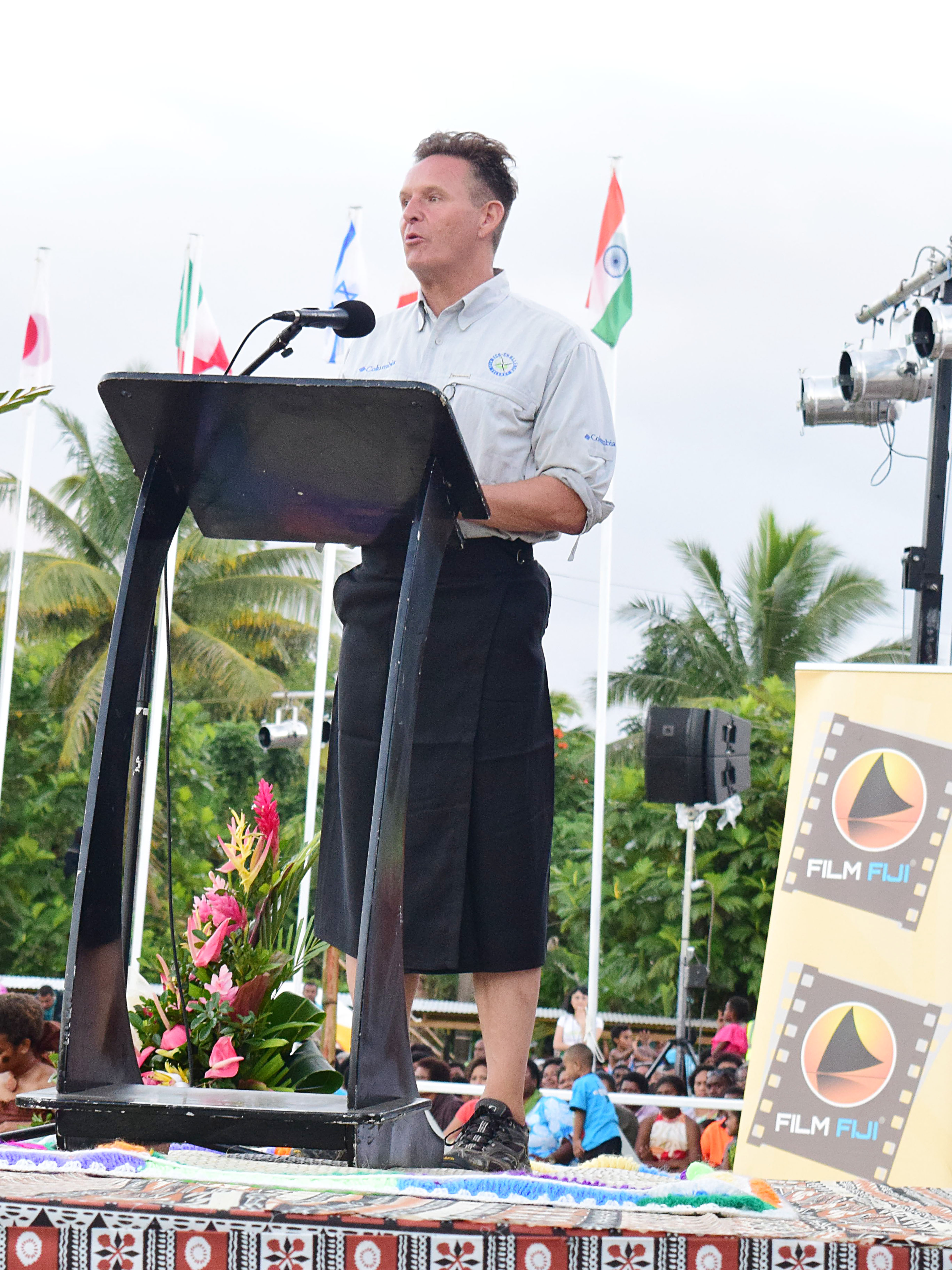 THE choice to bring ‘Eco-Challenge’ back to Fiji was an easy decision to make for executive producer Mark Burnett.

Mr Burnett, who is also the current chairman of MGM Worldwide Television Group, last produced Eco-Challenge – shot here in 2002 – and US Survivor in 2006.

He said “Fiji was beautiful, challenging and exotic”.

“I have an extremely experienced event and television team and the first decision I had to take was where I would do it. It was an easy choice to make. I had a lot of experience in Fiji and of course it’s also the film and television capability in this country is un-parallelled. We have hired hundreds of Fijian people. Not only are they working and earning but they are gaining a great skill in Hollywood production and event business. I’ve worked for years of my life in and out of Fiji and I love Fiji,” he told those present at the launch in Tailevu.

Burnett produced TV series that have been nominated for a total of 143 Emmys.

About 60 teams from 30 countries will take part in one of the toughest multi-sport endurance race in the world where teams of adventure athletes will race non-stop, 24 hours a day.

They will race through seven provinces in Fiji including Lomaiviti, Namosi, Nadroga/Navosa, Namosi, Naitasiri, Serua, Tailevu and Ba; crossing the borders of more than 100 villages and covering a total distance of 670 kilometres.

The ultimate expedition race will be produced into a ten episode TV series by MGM Television and premier exclusively on Amazon Prime Video, and aired in over 200 countries.