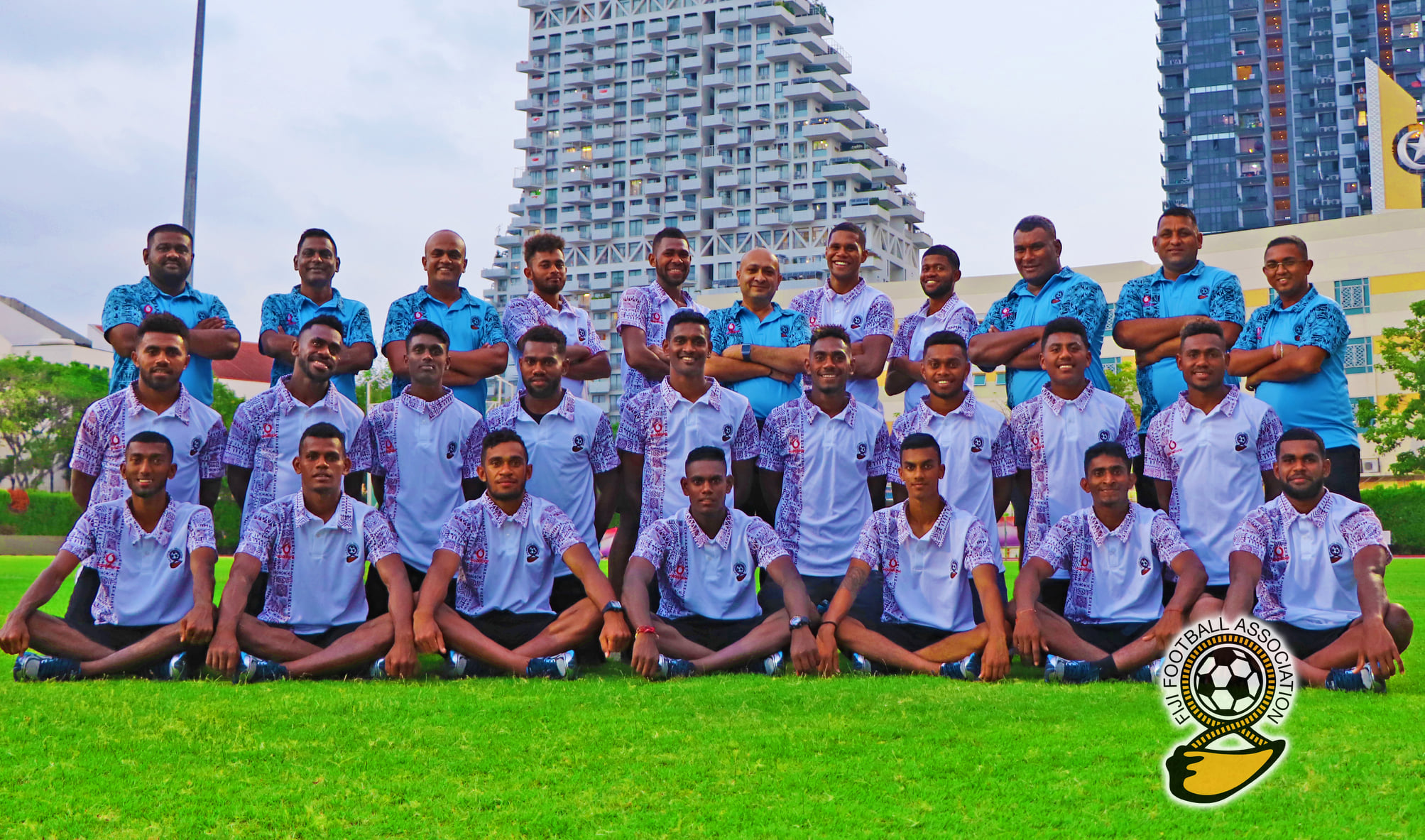 The Fiji Under-23 side. Picture: SUPPLIED.

THE Marika Rodu coached Fiji under-23 team has a lot of work to do ahead of the upcoming Oceania Football Confederation Olympic Qualifying Championship after going down 1-0 to Singapore in the second warm-up match on Monday.

The Fiji U23 side returns from the two-match series winless following the 2-0 loss to the hosts in the opener last week. Fiji Football Association chief executive officer Mohammed Yusuf said the team needed to sharpen its attack.

“Our defence and midfield is quite strong,” Yusuf said.

“More work is needed in attack to score goals.” Fiji will defend the OFC U23 Championship title. Under the guidance of Ravinesh Kumar, Fiji took out the 2015 edition of the tournament in Papua New Guinea.

Fiji defeated Vanuatu 4-3 in a sudden death penalty shootout to qualify for the Olympics for the first time in Rio, Brazil in 2016.

The OFC Olympic qualifiers will be held in Fiji from September 21 to October 5.

There will be free entry for the mid-week match against PNG while entry fee for the other two games will be $5.

The two top teams from each group will qualify for the semi-finals. The semi-finals and final will be played at Churchill Park.

The winner of the competition will gain direct entry to the 2020 Tokyo Olympics.