Fiji U23 goes down to Singapore ahead of Olympics qualifier 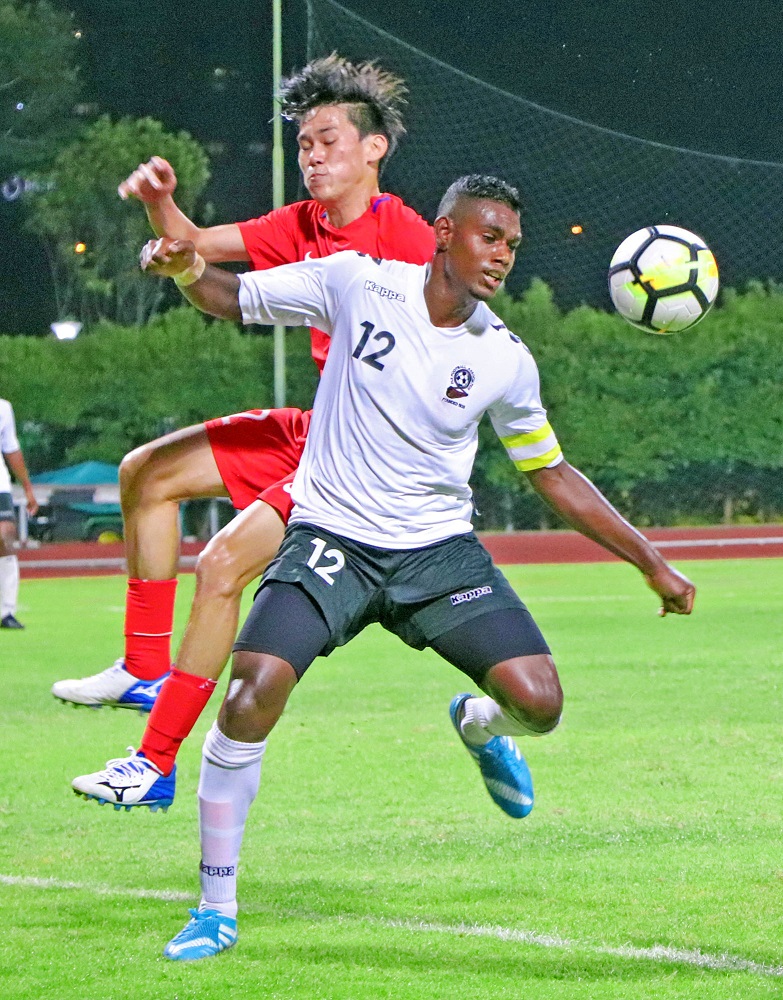 THE Vodafone Fiji under-23 team lost 0-2 in its first warm-up match against Singapore ahead of the Oceania Football Confederation Olympic qualifying championship later this month.

The team, captained by Ba’s Kishan Sami, conceded a goal in each half.

Fiji U23 coach Marika Rodu said the players took time to settle in the encounter.

Rodu said they could not find their rhythm in the match.

“The boys took time to settle and I think some of the new boys were a bit excited,” he said.

“We did not find the rhythm early in the game. To make things worse we conceded a nasty goal early in the first half which could have been avoided because we really worked hard in our defence. Looking at our attack we managed to keep the ball but we were not aggressive enough to do the damage in the opposition half. At times we basically did not engage upfront. We need to improve in the next game.”

Fiji will play Singapore in the second warm-up match on Monday before returning.

Singapore has already failed to qualify for the 2020 Tokyo Olympics after finishing second in Group G of the Asia Football Confederation U23 Championship in March.

Fiji will host the OFC Olympic qualifiers from September 21 to October 5.

The national side is grouped with Vanuatu, Tonga and Papua New Guinea.

New Zealand heads the other group with Solomon Islands, Samoa and American Samoa.

The winner will gain direct entry to Tokyo.