Fiji U20 retains position at championship 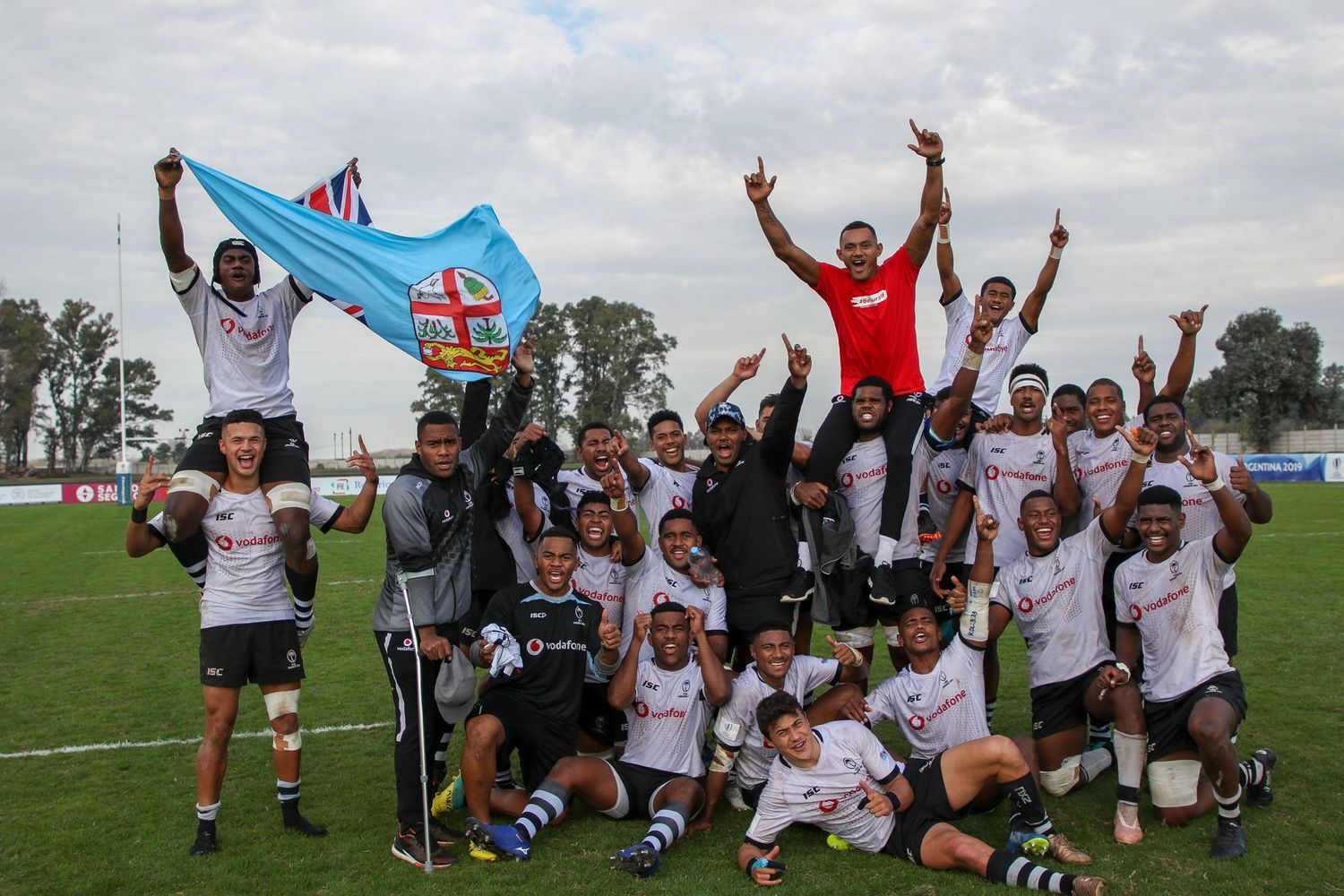 Fiji's players celebrate after confirming their place in next year's tournament with a 59-34 victory over Scotland in their 11th place semi-final at Club Old Resian in Rosario on day five of the World Rugby U20 Championship 2019 on 22 June. Photo: Franco Perego/World Rugby.

WITH the Rosario sun on their backs, Fiji produced a brilliant display of attacking rugby to retain their place in the World Rugby U20 Championship at Scotland’s expense.

Scotland fought back valiantly after conceding 38 first-half points, but they were left with too much to do and become the first Home Nation to suffer relegation from the tournament.

All five of Fiji’s tries before the break were collector’s items in their own right, centre Isaac Ratumaitavuki getting the first on four minutes after great hands from Osea Natoga and Osea Waqa.

Stung into action Scotland scored next, Ross Thompson slotting a penalty before Jack Blain cut back inside the defensive cover, after play had gone from one touchline to another. The lead did not last long though, as centre Veresa Tuqovu collected a basketball-style offload from flanker Yabaki Seeto to score in the corner.

Again, Scotland responded, full-back Matt Davidson hitting the line at pace to power over after the forwards employed their tried and tested maul to suck in defenders, Thompson converting to bring his side to within two points of the Fijians.

That was near as they got, though, as Fiji turned on the style to score three brilliant tries in the space of seven minutes. If Waqa’s slaloming run to the line was all about individual brilliance, Fiji’s fourth try was a real team effort. Nine different players got their hands on the ball before ever-dangerous wing Kaminieli Rasaku finished off a brilliant move which started on the edge of their own 22.

Fiji were on fire at this stage and, straight from the restart, they scored again, second-row Etonia Waqa plucking the ball out of the air before feeding Natoga, who chipped over the defence and effortlessly re-gathered to slide over on the stroke of half-time. With Muntz putting an early penalty miss behind him and knocking over his fifth consecutive kick, Fiji went into the break 38-15 up.

Scotland knew their future at this level was hanging by a thread and they came out firing. Shortly after Roan Frostwick lost control over the line, hooker Ewan Ashman muscled his way over from close range for his sixth try of the tournament.

Having suffered heartbreak at the death against Georgia on Monday, Fiji were in no mood for a repeat and Waqa’s second, after another brilliant offload from his second-row namesake, got them going again.

Blain’s second from Thompson’s inch-perfect cross-field kick was just reward for Scottish pressure in the 64th minute. Fiji’s high penalty count was becoming a problem and when Ashman went over again from the back of a maul, and Thompson converted, Scotland had a glimmer of hope with the score at 45-34 to Fiji with 12 minutes remaining.

Poor game-management cost Fiji dearly in the ninth-place semi-final against Georgia but, on this occasion, they were able to ride out the storm and Anasa Qaranivalu’s converted try finally secured the win before fellow replacement Ilaisa Droasese raced home from 60 metres to crown a marvellous display.

Scotland captain Connor Boyle said: “This game was the most important game of some of our lives. Scotland had never been relegated before, but we weren’t on the money. Credit to Fiji, they played their hearts out but it’s very disappointing for us.”

Fiji captain Tevita Ikanivere said: “It means a lot. We came out with a bang and did it for the boys last year who brought us up and for our brothers who’ll be here next year.”