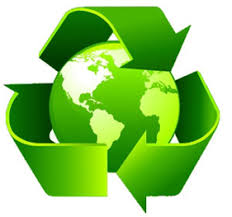 NADI, (IFC) – Fiji’s tourist hotels could make significant savings in energy and operating costs, if they opted to go green, according to a senior official from IFC, the International Finance Corporation.

Autif Sayyed, IFC’s green building special in Asia and the Pacific, told a conference in Nadi that it’s possible for hotels to save between 15 and 30% of their energy costs, if clever design decisions are taken early by owners and operators of hotels.

He said buildings play an important role in making the tourism industry sustainable, as it’s an industry using a significantly high amount of resources compared to others.

“While the high operating costs are not surprising because the buildings are being operated 24 hours a day, seven days a week, and the priority given to guest comfort and amenities, these figures represent a big drain on the operation budget of the hotel owners and operator,” he said.

According to some figures, five to 11 per cent of a typical hotel’s total revenue is spent on energy and water. In the Pacific islands, where energy cost is higher, this percentage is even higher. It has been demonstrated across several hotel types and locations that 15 to 30 per cent in savings are possible at payback less than three years, if clever design decisions are taken early. This saving can be directly accrued to the owner or operator.

In the Philippines, an average midsize hotel was evaluated to reduce 20 per cent operational cost, which is equivalent to increasing their average daily rate by around USD$4.

He said besides the operational savings, hotels stand to gain on marketing visibility. According to a work survey, 73% of corporate event planners said that sustainable hotel procedures help them decide on a hotel venue. A “green “hotel is attractive to discerning leisure and business travellers.

Sayyed said the tourism industry also has a huge environmental footprint, which can be reduced by proper design decision making and good operational behaviour.

He said while some global hotel chains are adopting green standards for their hotels, “green” or resource efficient design of hotels and resorts remain an exception, rather than the norm. There are a few common reasons for this including a lack of clear definition and standards on what is “green” as well as simple guidelines and tools to make green design decisions.

To help developers, designers and investors overcome these challenges, IFC has come up with the Excellence in Design for Greater Efficiencies (EDGE) system, which helps deliver sound financial decision making for building designs. EDGE includes:

*A global standard for resource efficiency (20 per cent reduction in energy, water and material use) for over 120 emerging markets

*Validation- EDGE now has the most extensive green building certification network in the world, covering all over 120 countries.

*Facilitation of green finance- with several green finance opportunities, such as green bonds becoming available, investors are looking for standardization and validation for green buildings.

He said with this combined approach, IFC has already invested about USD $2 billion in green buildings and enabled much more green building finance from other investors.

He said for investors, designers and hotel operators, green buildings and EDGE provide an opportunity to be more operationally efficient, environmentally responsible, and visible in the market as a progressive, sustainable and green hotel.