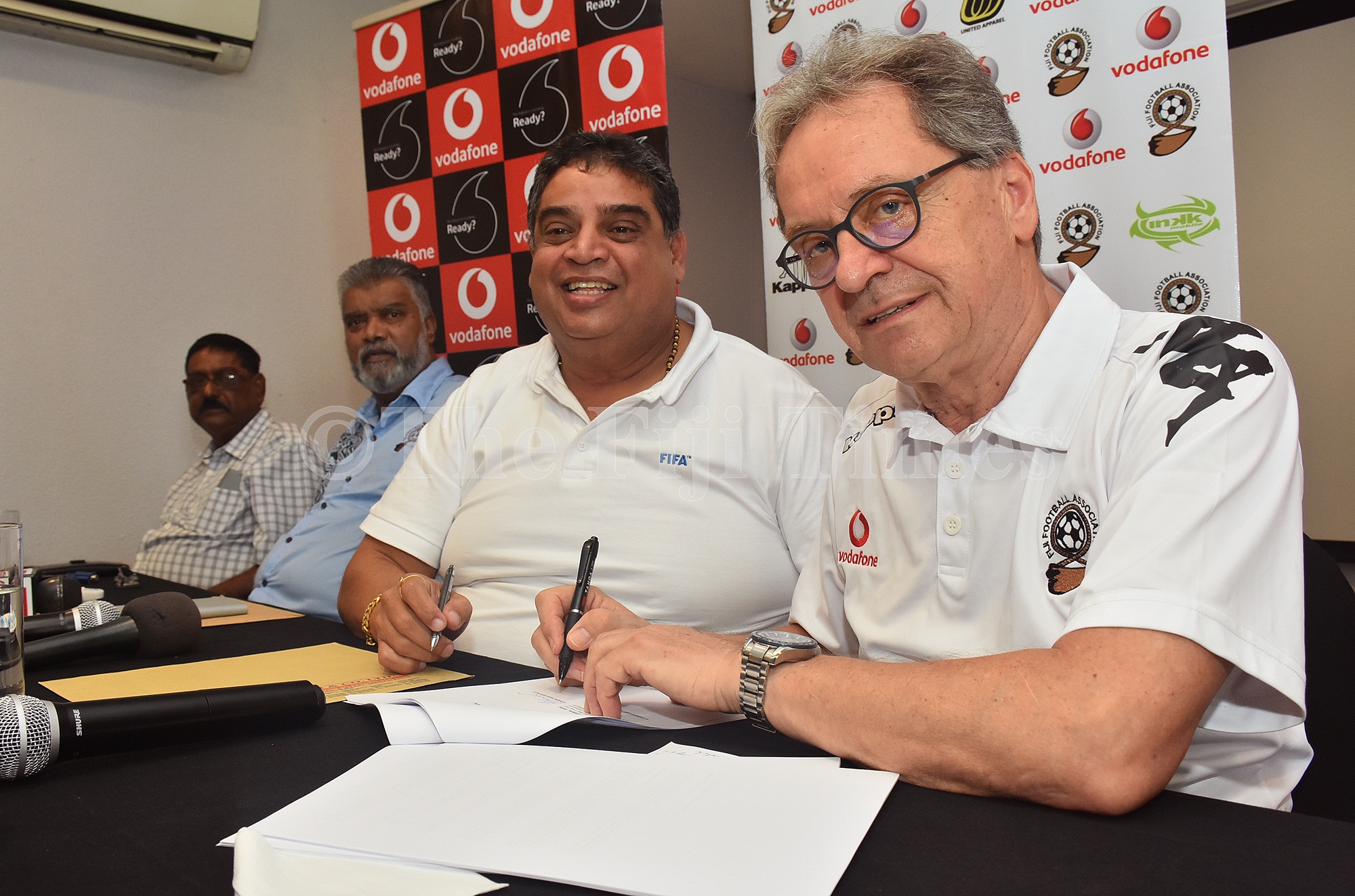 THE Fiji Football Association is cherishing the announcement by the sport’s governing body, FIFA in amending Law 3 regarding the laws of the game by introducing the new five substitutes rule.

“For Fiji FA, we are ready to implement the new rules, as soon as the ‘green light’ is given by the relevant authorities to commence with the competitions proper,” Fiji FA chief executive officer, Mohammed Yusuf, the said.

When quizzed on the reason five substitutes will be used in a game of football, Yusuf stated that it was to cancel player fatigue.

“It has been allowed to get the players into the rhythm of the game. It has been done considering the physical conditions of the footballer’s presently due to the lengthy lay off. Because of the expected player fatigue, since the football matches will start all of a sudden, and each match is played over 90+ minutes,” he added.

Yusuf, who hails from Cuvu in Nadroga offered a positive tone.

“Basically the whole idea is to make the game of football faster hence, with the new rule in force, fresher legs will ensure the flow and tempo of a game does not drop,” he divulged.

Yusuf stated that the implementation of the new five substitute exercise will not be permanent.

“The exercise is temporary, though. Because of the COVID-19 outbreak. Once, everything normalises, whatever FIFA directs, all the 211-member associations will have to comply,” he revealed.

The chief executive officer further clarified that the new rules will be adopted at all the football matches.

“This will be in every 90+ minutes football game, including the Vodafone Premier League matches and the tournaments sanctioned under the Fiji Football Association banner. All the players have been inactive for the last three months, so everyone is affected. Everybody will face the same issue with players being unfit, so definitely there is no cause for concern that although the Vodafone Premier league has seen quite a number of matches being held, it is like re-starting and adjusting to the ‘new normal’.”

Yusuf also confirmed that the rule will apply for the youth football league as well as the women’s football competitions.

“The five substitutes amendment to the laws of the game is basically to protect player welfare.

“The amendment to Law 3 will come into effect from June 1 around the globe,” Yusuf added.

Yusuf told this newspaper that the new substitution rule will replace the mandatory three replacements allowed in a football match, practised around the globe, but a football team will have a maximum of three opportunities only to replace players in an effort to minimise disruption to a match.

“The use of return substitutes is not an option for senior competitions,” he concluded.