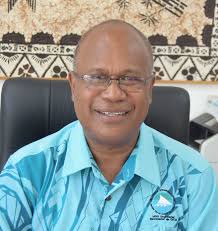 Fiji will host the MSG Governing Body Meetings next week.

The meetings have been organised by the Government in collaboration with the government of Papua New Guinea (PNG), as current Chair of the MSG.

A Government statement issued on the subject stated the meeting had been strategically scheduled to coincide with Fiji’s hosting of the Forum Trade Minister’s meeting to begin on Thursday, February 13, in Suva.

It states the meetings are expected to bring together Foreign Ministers and senior officials from MSG-member countries, including Fiji, Papua New Guinea, Vanuatu, Solomon Islands, FLNKS, and Republic of Indonesia as Associate Member, and MSG Observers.

The Foreign Ministers Meeting (FMM) will be held on Wednesday, February 12, to be preceded by the Senior Officials Meeting (SOM) from February 10-11.

Director-General of the MSG Ambassador Amena Yauvoli said in the statement that the main purpose of the Governing Body Meetings were to deliberate and make decisions on the 2020 Work Programme and Budget of the Secretariat, as well as on substantive policy issues including political, economic, social and sustainable development for the benefits of MSG Members.

He said convening those meetings were important so as to provide guidance to the Secretariat on its work program and budget as mandated by MSG Leaders.

Minister for Foreign Affairs Inia Seruiratu was quoted saying that Fiji was proud to host this important sub-regional meeting.

He acknowledged the PNG government for having the confidence in Fiji to host the meetings in the interest of advancing the aspirations of the Melanesian bloc.

The meeting will be held at the Grand Pacific Hotel in Suva.