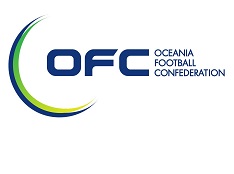 The match schedule has been confirmed by the Oceania Football Confederation (OFC).

The tournament will determine which nation will represent Oceania in the FIFA intercontinental play-off in June, from which the winner earns a spot at the FIFA World Cup Qatar 2022 finals.

A stand-alone match between the two lowest-ranked OFC nations, Tonga and the Cook Islands, will be held on March 13 to determine who qualifies through to join Group A and contest the preliminary competition.

Group A, which will be made up of the Solomon Islands, Vanuatu, Tahiti and the qualifying match winner, will have its first match day on March 17.

Group B, containing New Zealand, New Caledonia, Fiji and Papua New Guinea, will have its first Match Day on March 18.

All final Group Stage matches will be played on March 24, followed by semi-finals, involving the two top nations from each group on March 27 and the final on March 30.