Fiji to explore opportunities in trade, investment with Bangladesh 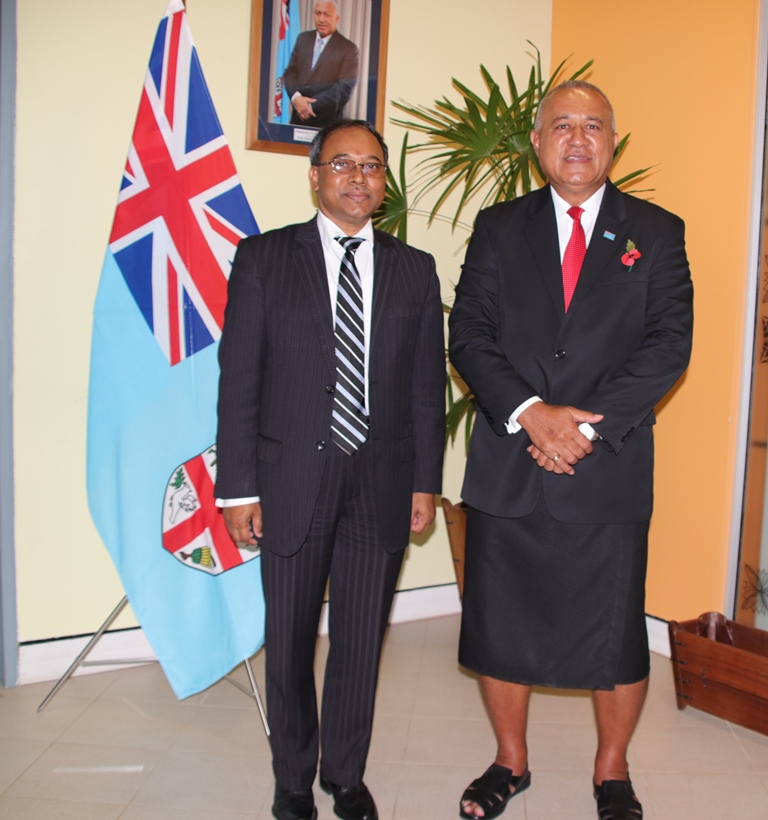 The Non-resident High commissioner of Bangladesh to Fiji, His Excellency Mohammad Sufiur Rahman during the courtesy visit to PS Naivalurua at the Ministry of Foreign Affairs in Suva. Picture: SUPPLIED

FIJI is exploring opportunities in Bangladesh around the area of trade and investment as well as strengthening bilateral ties among other key areas.

This was the basis of discussions when Fiji’s Permanent Secretary for the Ministry of Foreign Affairs Ioane Naivalurua received the Non-resident High Commissioner of Bangladesh to Fiji.

Mr Naivalurua congratulated Mohammad Sufiur Rahman for his appointment as the Non-resident High Commissioner of Bangladesh to Fiji.

In a meeting at the Ministry of Foreign Affairs Headquarters in Suva, the counterparts discussed key areas of cooperation to further strengthen the bilateral ties between the Fiji and Bangladesh.

He said it was a great achievement for Fiji to be recognised for its leadership in advancing and protecting human rights.

The meeting ended on a high note with the counterparts exchanging information on the way forward to broaden the collaboration between the two countries in areas of climate change, peacekeeping and socioeconomic development.

This year marks the 46 years of enhanced diplomatic relations and partnership between Fiji and Bangladesh.