Fiji to be represented at MEPC 74 meeting in London 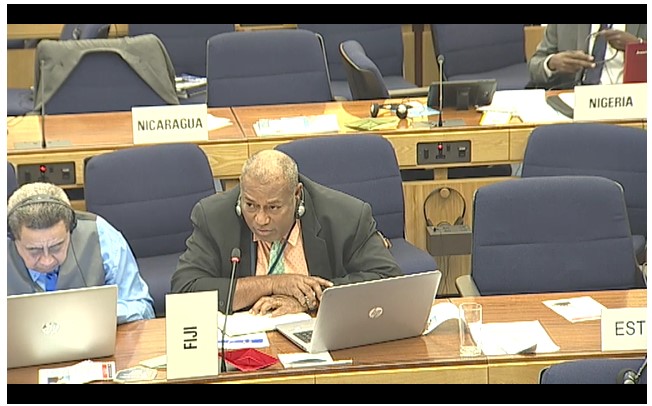 FIJI will be represented at the Marine Environment Protection Committee (MEPC 74) meeting which will be held over the next five days in London, starting today ending Friday.

According to a release by the Maritime Safety Authority of Fiji (MSAF) Deputy Secretary Transport and Energy Lui Naisara and MSAF’s acting CEO Captain Philip Hill, who last week attended the 5th Session of the Intersessional meeting of the working group on the reduction of the greenhouse gas emissions (ISWG-GHG 5) will attend the meeting in London.

Meanwhile the Fijian Government will be part of a draft resolution to invite member states of the International Maritime Organisation in encouraging the voluntary cooperation between port and shipping sectors.

The draft resolution will be discussed during the MEPC 74 meeting which will be attended by 61 representatives from the IMO member states.

The main aim of the draft resolution is to encourage member states of the IMO to endorse and implement ways in which greenhouse gas emissions from ships can be reduced.

The main topics which will be highlighted at MEPC74 will include the following;