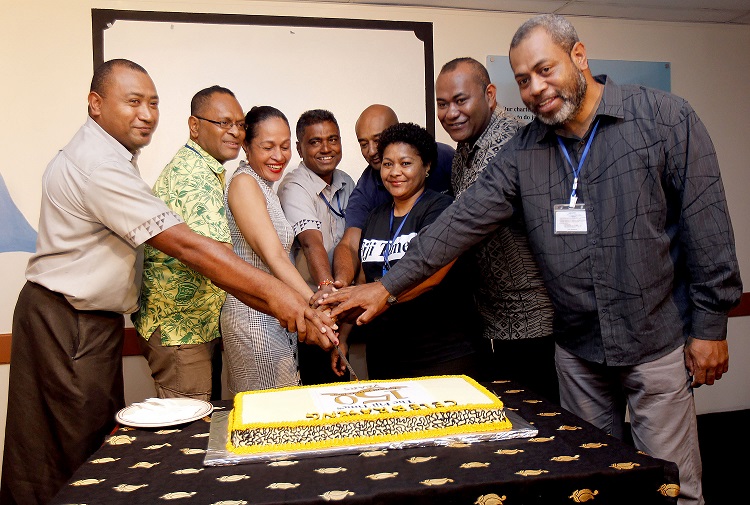 FOUNDER of The Fiji Times George Littleton Griffiths had a vision to start something that would provide information and allow the people of Fiji to make well informed decisions on a daily basis, says editor of The Fiji Times Fred Wesley.

Wesley said Mr Griffith came to Fiji from Christchurch in New Zealand with no attachments at all to Fiji.

“He just started off in Levuka, set his plans, got a building and then he started off this newspaper on September 4, 1869 which is today (yesterday),” he said during a morning tea hosted for staff members to commemorate the newspaper’s 150th year anniversary yesterday.

“George Littleton Griffiths was a man with a very powerful vision for the country. He knew there was a place for a newspaper and it could have a very important role to play in how Fiji developed as a nation.”

Wesley said he was proud to be part of The Fiji Times and not many companies got to celebrate 150 years.

“The Fiji Times has a very important role to play in terms of democracy, in upholding the values of journalism and true democracy, but that doesn’t mean that we have to be anti-government to do this,” he said.

“I have always said this and I will continue to say this, we are not pro-government or anti-government, but we are very much pro-Fiji.”