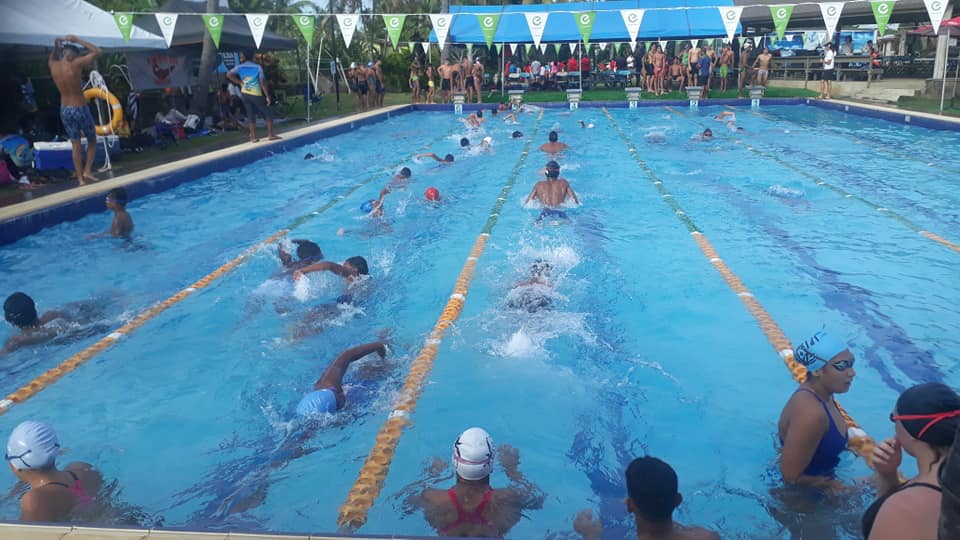 This competition is a part of a series building up for the nationals in October later this year.

Every year, swimming clubs from around the country compete in two different categories of competition – Long Course (LC) and Short Course (SC).

The LC season runs from January to June, and the SC is traditionally hosted from July to December.

The Nadi Sports Club is the venue of the Short Course Grand Prix series.

The meet today is the first of three SC GP competitions for the season, all of which are held at the Nadi Sports Club.

The three-day finale will be hosted at the Damodar City Aquatic Centre in Suva.

The Grand Prix is a qualifying event providing swimmers with the opportunity to achieve qualifying times to become eligible for the Short Course Nationals.

Swimming association president Ben Rova said the performances from the Pacific Games boosted not only the returning team, but those here at home – clubs, coaches, swimmers, and an extended community focused on taking the federation to the next level.

“These Grand Prix events allow all swimmers to participate in a maximum of four events at each competition. This first Grand Prix also includes some of our athletes who participated in the recent Pacific Games, as well as the FINA Worlds in Korea,” said Rova.