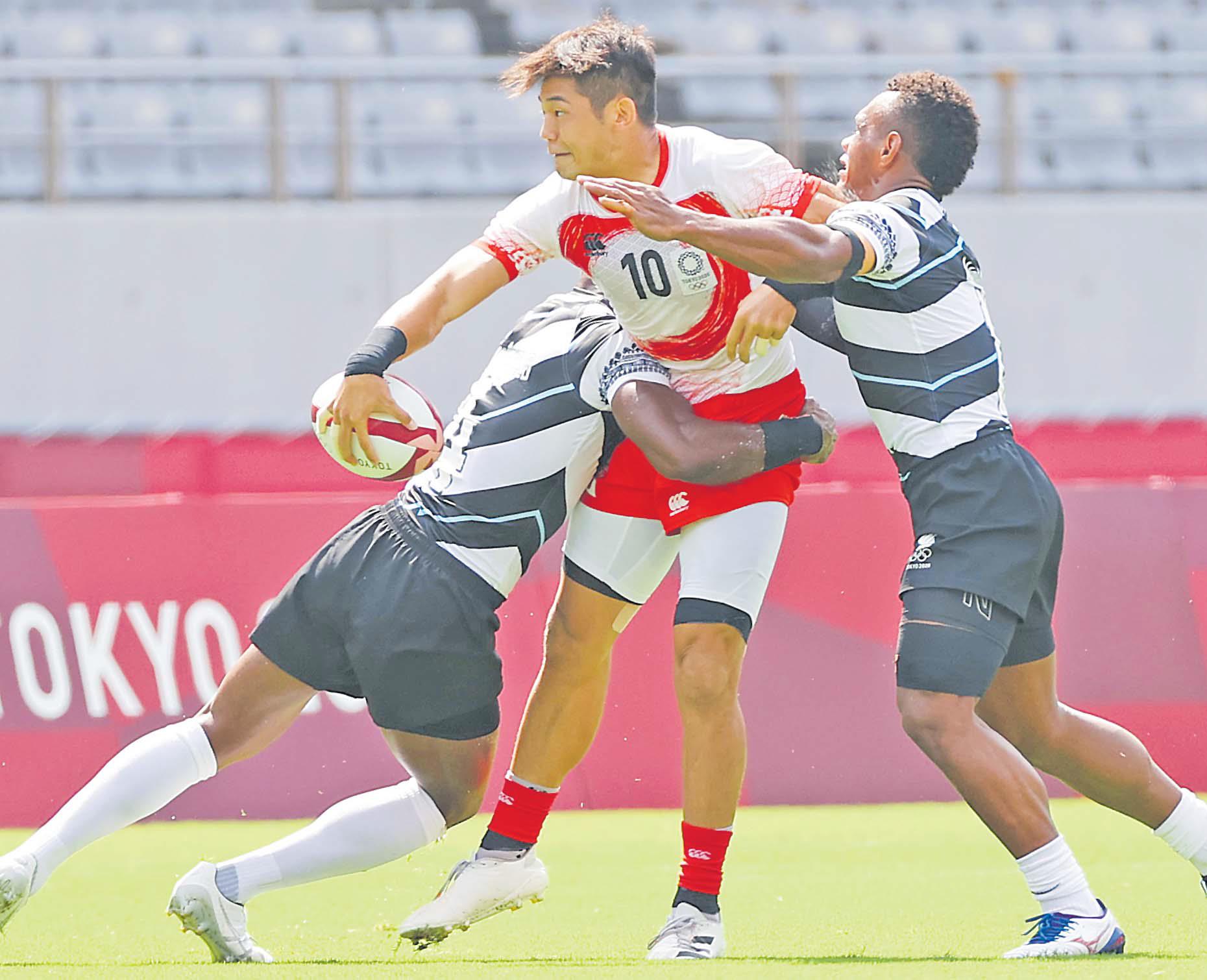 Rugby commentators at the Olympic Games rugby competition in Japan said the Gareth Baber-coached men “survived tense moments” in its 24-19 win against the hosts yesterday.

Japan ruffled some feathers in the Fijian attack by scoring three tries to stop the defending champion from a runaway victory.

Fiji was rusty in the start with Baber making positional changes which included star Semi Radradra locked at prop instead of running freely at the back.

But it was debutants Jiuta Wainiqolo and Iosefo Masi who opened Fiji’s scoring after their poor start at the hands of the shorter and nippy Japan players.

Wainiqolo scored the first try of the tournament one minute 51 seconds from start when he burst through two Japanese defenders and Napolioni Bolaca converted the try. Japan skipper Matsui Jihito unveiled Fiji’s weakness in defence when he ran through the Fijian tacklers after Wainiqolo failed to scoop a loose ball.

Lote Tuqiri also had a crack at his countrymen to put Japan ahead 14-12 at the break.

Fiji needs to strengthen its attack and defence from loose play which saw Kameli Soejema adding a try to his name. Waisea Nacuqu saved Fiji from defeat with his two quick tries to see the full-time score of 24-19.

Baber said the Olympics competition would be tough.

“Playing Japan in the first game of the Olympics is a test in itself,” he told World Rugby before the match.

“It’s a lot about how you react to the environment and how you get your game on track quickly.

“I’ve never been involved in an Olympic Games. I’ve been in other tournaments, but this is a unique experience for a relatively inexperienced Fijian team. If a team is going to beat us, they’re going to have to be at the best of their game.”

In the other match in Pool B, Britain overcame a slow start to run in four tries and record a comfortable 24-0 victory over Canada.

In Pool A, New Zealand breezed past South Korea with a comfortable 50-5 victory in the end as cocaptain Tim Mikkelson led from the front with a brace of tries.

The other Pool A game saw Australia make a poor start to their campaign as Argentina ran in four first-half tries on their way to a 29-19 victory.

Pool C favourites South Africa, with coach Neil Powell in COVID- 19 isolation, were efficient with their use of tactical kicking to defeat Ireland 33-14 as they ran in five tries. United States captain Madison Hughes scored a try in the final minute to edge out Kenya 19-14 in the other Pool C game.