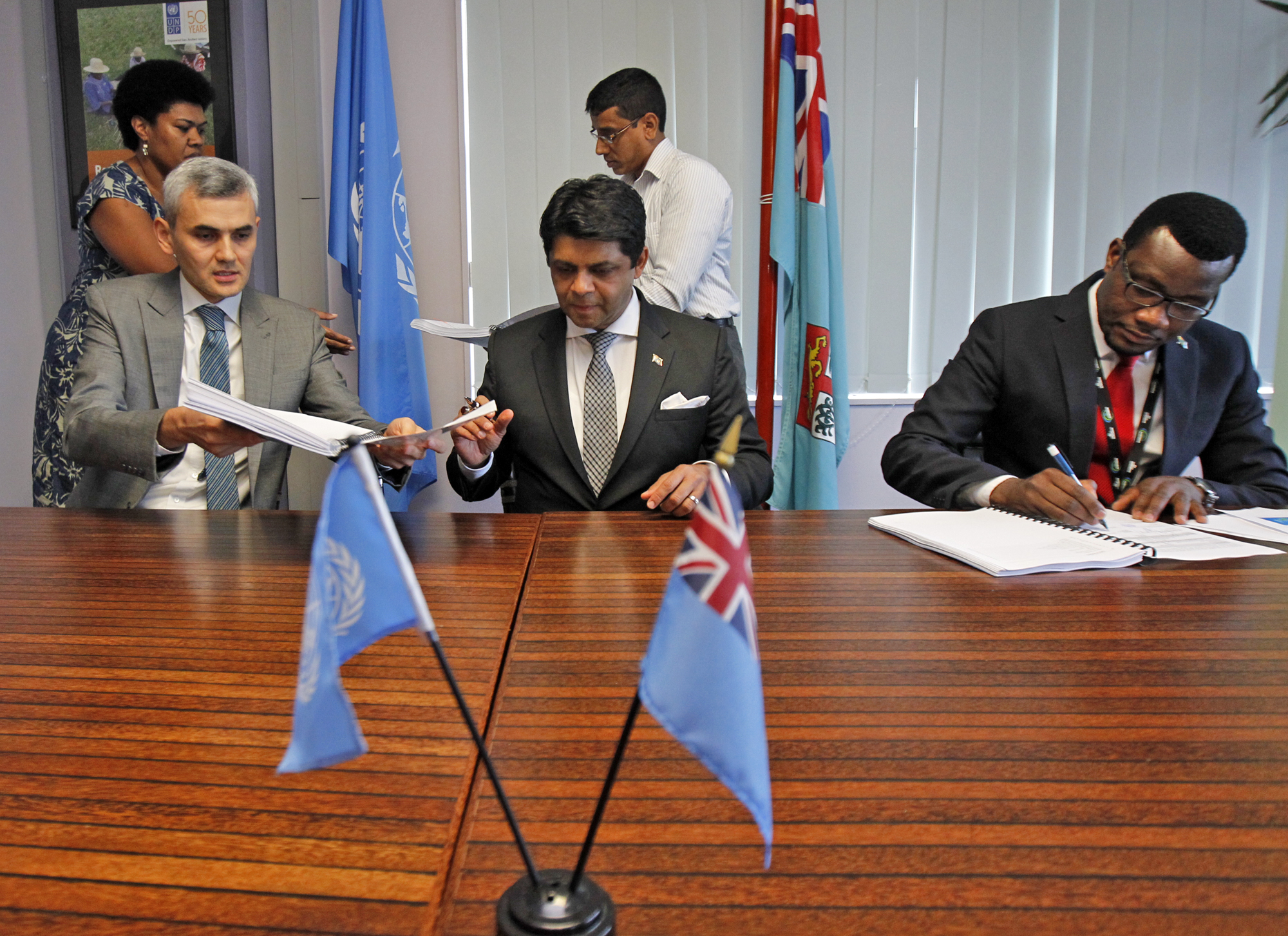 IN AN effort to address one of the greatest threats of biodiversity in the Pacific, the Fijian Government today signed a Fiji invasive alien species project document with the UNDP Pacific Office.
The Government has been given a grant of $US3.5million (approximately FJ$7.27million) through the Global Environment Facility for this project.
Country director and Head of Pacific Regional Program and Policy for UNDP’s Pacific Office Bakhodir Burkhanov said invasive alien species referred to plants, animals, and microorganisms that posed a negative threat towards human health and economic sectors, including agriculture, fisheries and forestry.
He said through this project, the Government had demonstrated its commitment to dealing with this threat to the biological integrity of Fiji’s islands.
Fiji’s acting Prime Minister Aiyaz Sayed-Khaiyum said it was important to know of the impacts those species posed to our biodiversity.
“We need to be able to be aware of the enormity of the impact of such species and not only in those direct terms but also in terms of the integrity of our biodiversity,” Mr Sayed-Khaiyum said.
The project is titled ‘Building Capacities to Address Invasive Alien Species to Enhance the chance of long-term survival of Terrestrial Endemic and threatened species on Taveuni Island, surrounding islets and throughout Fiji’, and it will run from 2018-2023.