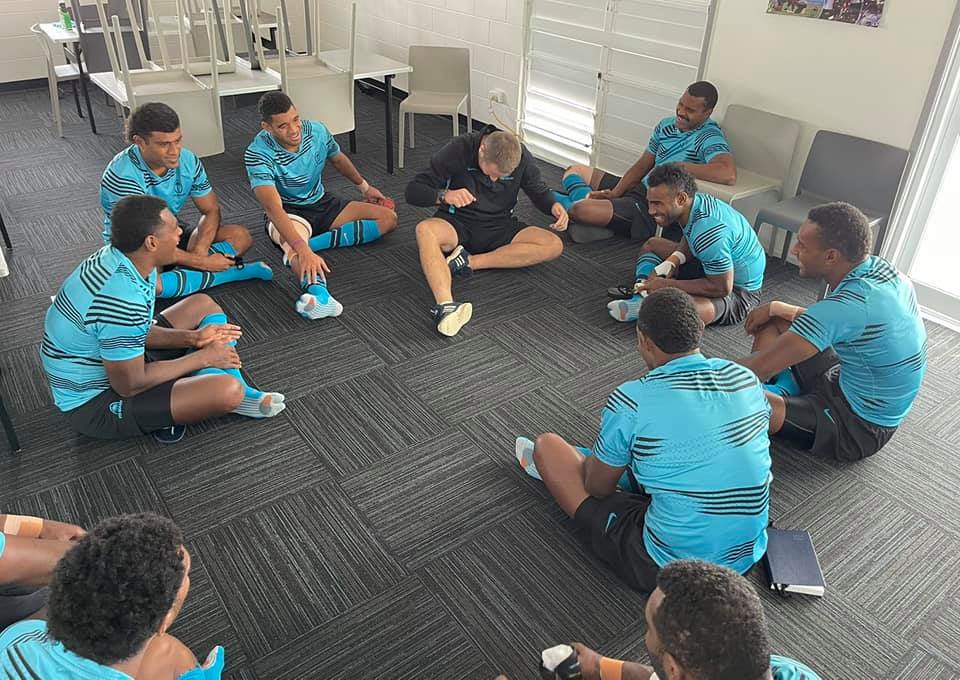 The Fiji 7s rugby players players in a jovial mood as they prepare for the Oceania 7s tournament in Townsville, Australia, Picture: FRU

Logistics is the biggest hurdle that Fiji 7s head coach Gareth Baber needs to overcome in his bid to secure superstar Semi Radradra (Bristol Bears-England), Aminiasi Tuimaba (Pau-France) and Vilimoni Botitu (Castres-France) to be part of the campaign to defend the gold medal at next month’s Tokyo Olympic Games.

Radradra, Tuimaba and Botitu are the three overseas-based players Baber is targeting to form the core of the 13-member Fijian Olympics squad.

The trio are no strangers to the abbreviated code having played under Baber in the HSBC World Rugby Sevens Series and the RWC Sevens.

Baber has been monitoring the performance of these players during their club games and has also been in regular contact with them.

He was impressed with the performances of Tuimaba and Botitu in the French Top-14 competition which concluded last weekend.

Radradra also received high accolades from Baber rating him as one of the world’s best game breakers.

While the trio are high on Baber’s wish list, he reiterated that securing their services was not a done deal because there were major challenges to overcome.

Baber said he had never faced anything as difficult to get players from overseas to join the team this time.

“What entails is the visa exemptions, flights, hotels and quarantine time. The whole thing has been a logistical challenge and still at this point I cannot tell if it is going to happen,” he said.

Baber said the plans to secure the services of overseas-based players changed five or six times over the past two years.

He said it was first preparations for the Olympic Games in 2020 which then changed after the postponement of the event to this year.

“There were changes to the seasons for the teams particularly in Europe where we were looking at players but the plan is really to bring in three,” Baber said.

“I’m interested now immediately in Filimoni (Botitu) and (Aminiasi) Tuimaba to come in as soon as possible. There is a huge undertaking and I say this with all the support that everybody has given to us,” Baber said.