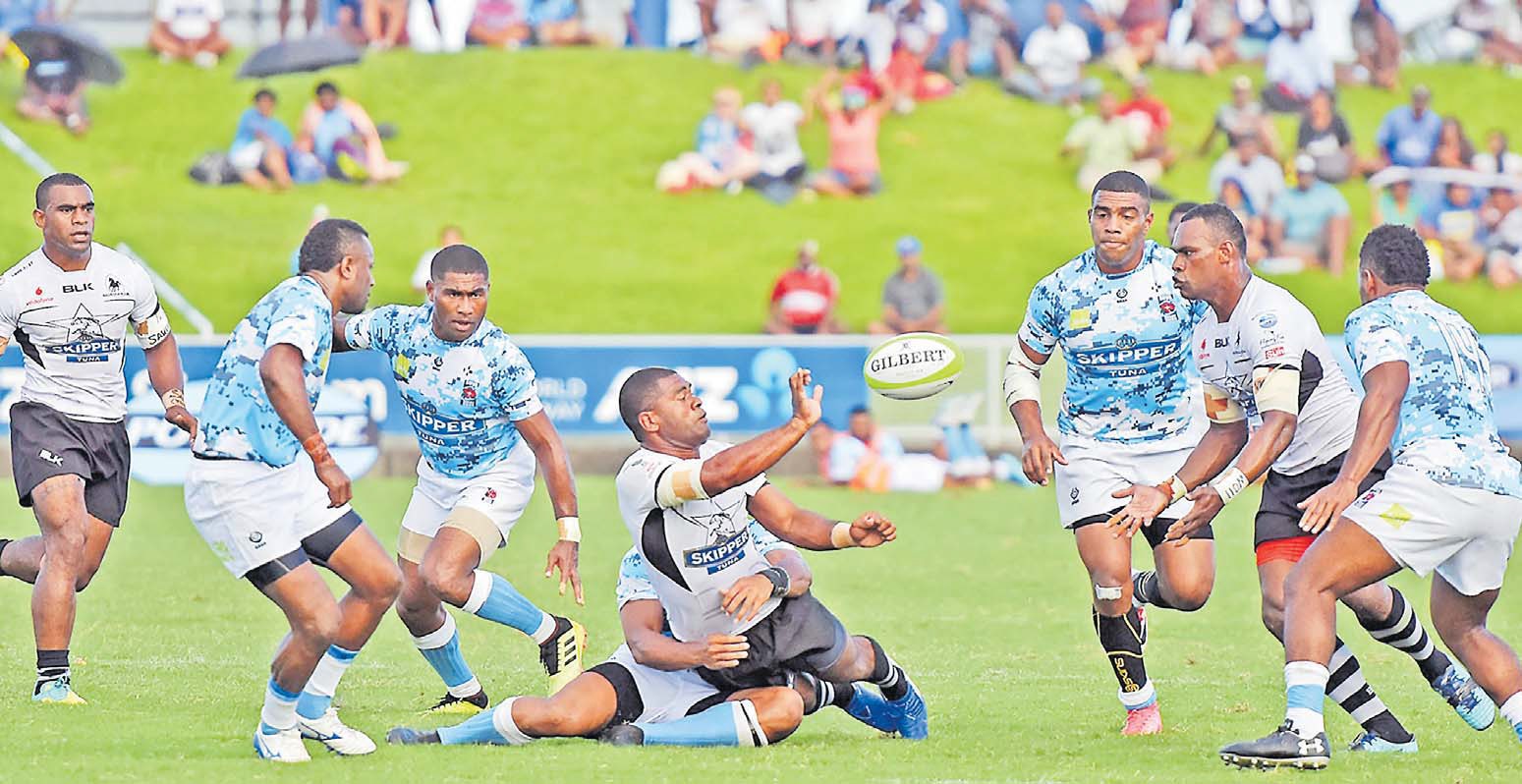 Action from the Suva and Nadroga in the Skipper Cup final at the ANZ Stadium. Picture: RAMA/FILE

The Stallions had an empty trophy cabinet last year.

In 2019, Nadroga had the Farebrother-Sullivan Trophy, which Namosi snatched from them from Lawaqa Park last year in round two.

The Stallions then lost the golden opportunity to regain the Farebrother-Sullivan Trophy from Namosi after going down at Ratu Cakobau Park.

The Stallions then lost to Naitasiri in a close tussle, and returned from Ratu Cakobau Park with valuable lessons.

Since the Skipper Cup has taken a break, I’d like to recap on Nadroga’s days as Fiji’s champion.

In 2009, Nadroga faced Nadi in the final of the Digicel Cup.

Fans were excited to see a repeat of the 2008 Digicel Cup final which Nadi won after defeating Nadroga.

The Stallions won 19-13, and broke Nadi hearts. Former 7s sensation Ratu Mosese Volavola was the hero as he scored the winning try four minutes from full time. Nadroga started with a bang, and the Stallions used quick balls to take play into Nadi’s territory.

Even with Emosi Vucago and Seru Naqasima in the sin bin and Nadroga playing with 13 players, the hosts failed to capitalise. Nauga paid tribute to his boys who defended well when Nadi had possession.

Lawaqa Park was a sea of white, red and black as Nadroga and Naitasiri fans poured in huge numbers, but the mighty Stallions were unsuccessful in defending the Digicel Cup after losing to Naitasiri in one of the greatest comebacks in Fiji rugby’s history.

Naitasiri dethroned Nadro as champs with a 25-24 win as the Stallions led 21-5 at the break. Year 2011 will be remembered by Nadro fans as it was Tiko Matawalu’s last year as a player.

Tiko ended on a high, winning the 2011 Digicel Cup final against Suva.

That will be touched on next week. As I conclude, I urge every Fijian to take care!