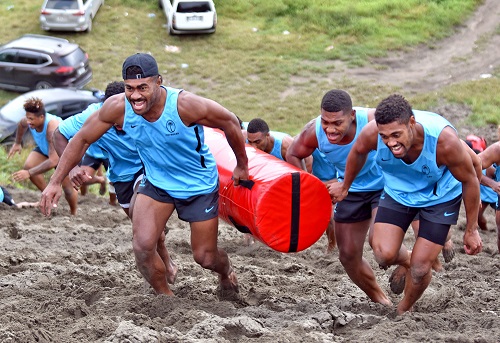 Fiji’s 11th place position in the World Rugby rankings remains unchanged despite the 36-0 win over Tonga in the opening round of the 2022 Pacific Nations Cup (PNC) at the HFC Bank Stadium at Laucala Bay, Suva, last Saturday.

Samoa is in 13th place while Tonga is three places away at 16th.

Vodafone Flying Fijians head coach Vern Cotter said his focus in this year’s PNC was more on the better execution of their games.

“Our game is just playing a Fijian type of rugby,” Cotter said.

“Just take the ball and have a run and making sure that everybody in the team is involved.”

Meanwhile, the Flying Fijians will play Australia A this Saturday at Churchill Park in Lautoka at 3.30pm in the second round of the 2022 PNC.