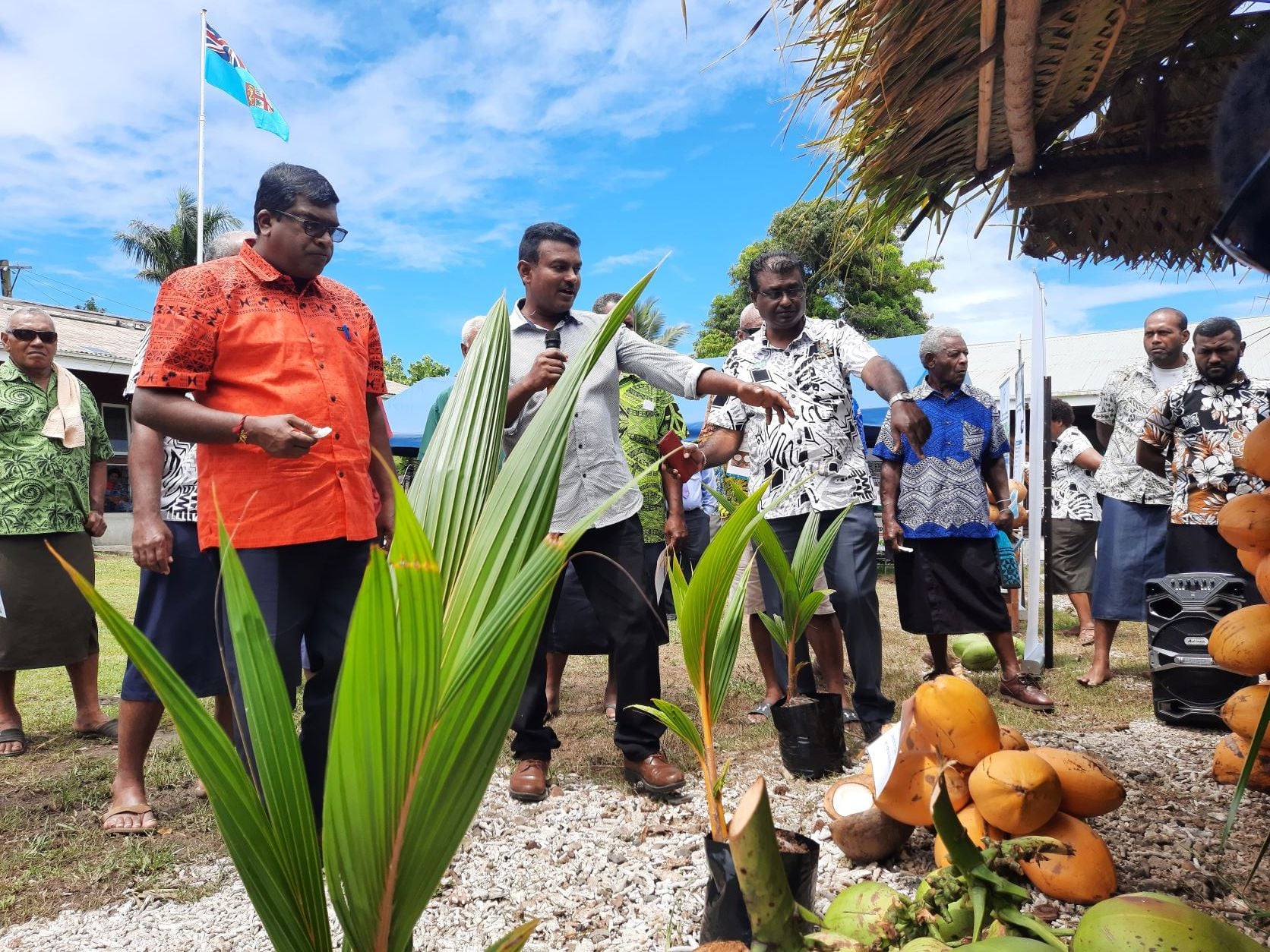 An early fruit-bearing coconut variety was released this week by the Ministry of Agriculture, as part of its efforts to boost coconut production for local and international markets.

The newly-released Mua Hybrid Coconut variety was released by the Minister for Agriculture, Waterways and Environment, Dr Mahendra Reddy, at the Ministry’s Mua Research Station in Taveuni.

While officiating at the event, Mr Reddy said the release of this new variety was a remarkable achievement for the Ministry as the project was constantly affected by natural disasters, taking a toll on the trial area.

“This is a remarkable day and an achievement for the Ministry as this project was halted due to Tropical Cyclone Emi in 2003, as well as during other cyclones because our entire plantation of hybrid trees continued to be destroyed but we were able to revamp it, and today signifies the efforts behind our research team here in Mua to get this variety released out to our farmers,” the Minister said.

“This will do great service in terms of supporting farmers and exporters to quickly get the supply of larger volumes of coconut within a shorter period of time, and this Mua variety has been tested to do just that, as compared to the Fiji Tall variety. It also has a reasonably long period of production, 40 years or so, which isn’t that bad when compared to the Fiji Tall variety.

“Copra prices have risen, coconut oil prices have also seen a substantial increase in the market and we want to continue to push production and supply into the market.”

He said some tree crops were long term but if proper research and innovation were done and shorter-term varieties of these tree crops were developed, then the Ministry of Agriculture was doing its role to assist farmers, exporters and contribute to the economy.

The Research Division of the Ministry of Agriculture commenced with coconut breeding work in the early 1980s.

Six different types of hybrids were developed and their characteristics evaluated over the years with this new Mua hybrid being the latest.