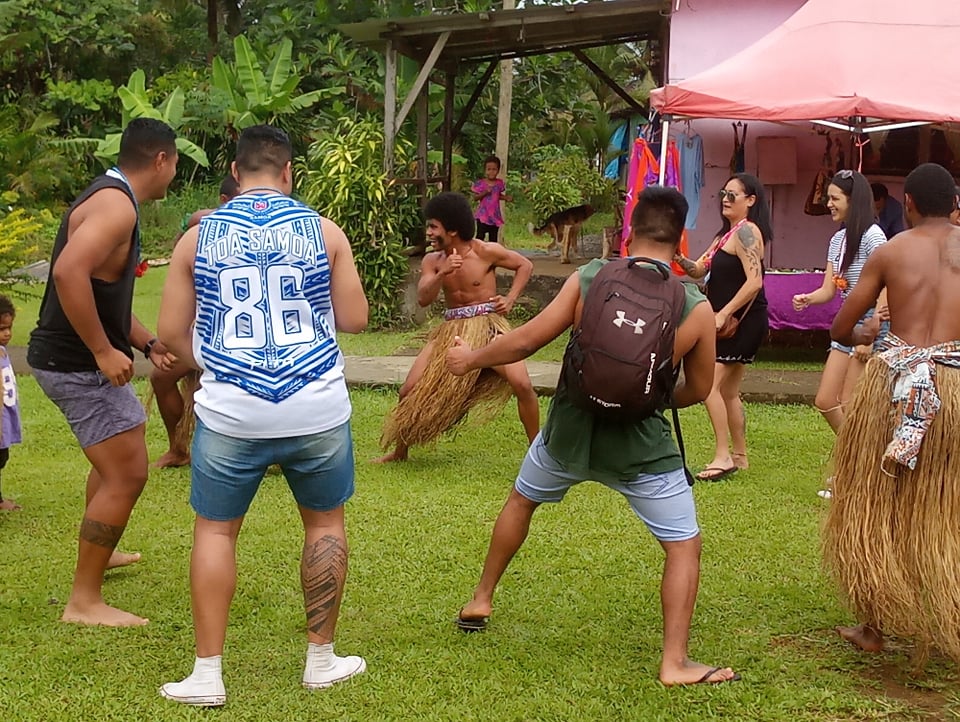 Tourists from the , P&O Pacific Aria join in the celebration at the Colo-i-Suva Village. Picture: JONA KONATACI/FILE

TOURIST arrivals to Fiji recorded a 5.1 per cent growth in the first quarter of this year against the same period last year, with India showing the fastest growth by 27.8 per cent.

This was reported in the South Pacific Tourism Organisation’s (SPTO) quarterly review of tourist arrivals to the Pacific Island Countries (PICs) for the first quarter of 2018.

Growth was further boosted by increasing arrivals from Australia, New Zealand, USA, Canada, Europe China, Pacific Islands, Other Asia and other countries over the twelve months.

Fiji had recorded a total of 220,745 tourist arrivals during the December Quarter of 2017.

The review noted Fiji’s arrivals during the period against the December 2017 quarter was pushed down by the reduction in arrivals from Fiji’s three leading markets New Zealand by 40.2 per cent Australia 30.1% and USA by 8.1 per cent.

The backdrop reflected the low seasonality travel demand with outbound New Zealand and Australian residents to Fiji sliding by 44.2 per cent and 23.3 per cent, respectively.

The SPTO also noted falls in arrivals from France, Other Asia, USA, Europe, Pacific Islands and the UK.

In terms of shares, Australia and New Zealand continued to dominate arrivals to Fiji with 41.1 per cent and 15.8 per cent shares respectively. USA rallied behind at 11% with China at 8.3 cent.

Arrivals from Pacific Islands edged closely at 8.2 per cent.

All the other destinations shared the remaining 15.6 cent of which Europe accounted for 4.2 per cent and Other Asia 4 per cent.