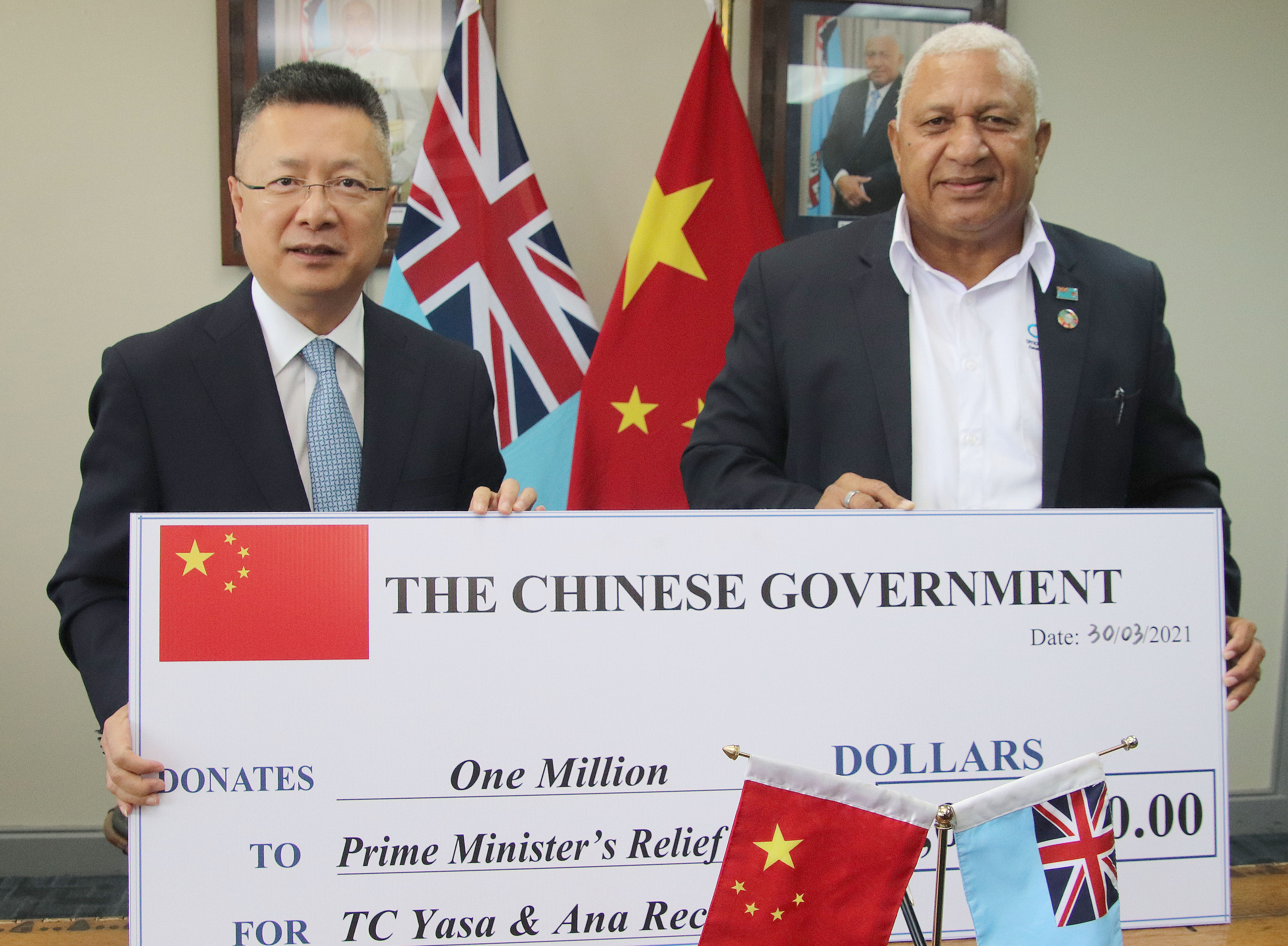 Prime Minister Voreqe Bainimarama with Ambassador of the People’s Republic of China to Fiji Qian Bo at the grant handover certificate signing program held at the Office of the Prime Minister. Picture: SUPPLIED/FIJI GOVT

The Chinese government donated US$500,000 (FJD $1million) in humanitarian aid to Fiji in support of the Fijian Government’s rebuilding and recovery works in the aftermath of  Severe Tropical Cyclones Yasa and TC Ana.

At the grant handover certificate signing program held today at the Office of the Prime Minister, the cheque was formally presented to Prime Minister Voreqe Bainimarama from the Ambassador of the People’s Republic of China to Fiji, Qian Bo.

Prime Minister Bainimarama said this assistance affirms the strengthened collaboration between Fiji and the People’s Republic of China and it is a testament of China’s commitment to advance the levels of engagements with Fiji.

In response, Ambassador Bo said the assistance is a reflection of enhanced bilateral relationship between the two nations.

“China is ready to, together with the Fijian side, constantly enhance mutual trust, continue to firmly support each other on issues concerning respective core interests, strengthen the synergy of development strategies to jointly facilitate cooperation under the Belt and Road Initiative.

“These include initiatives to expand people-to-people and cultural exchanges including tourism, reinforce communication and coordination on issues such as climate change under multilateral mechanisms, and make joint efforts to safeguard free trade and multilateralism, so as to continuously push forward our comprehensive strategic partnership,” Ambassador Bo said.

In reaffirming the People’s Republic of China support to Fiji, Ambassador Bo said the assistance provided is also in appreciation of the Fijian Government’s unprecedented commitment to rebuild the lives of Fijian communities who have been affected by TC Yasa and TC Ana.