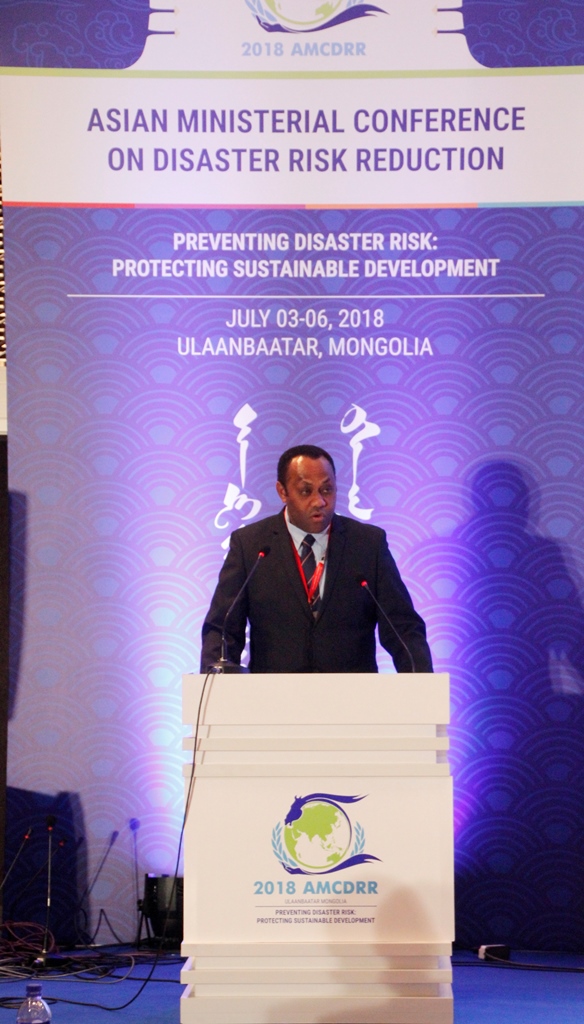 FIJI is progressively achieving Target E of the Sendai Framework, which is to substantially increase the number of countries with national and local disasters risk reduction by 2020.

This was highlighted by Director of the National Disaster Management, Anare Leweniqila, while delivering Fiji’s official statement at the 2018 Asian Ministerial Conference for Disaster Risk Reduction (AMCDRR) in Ulaanaabatar, Mongolia.

He said Fiji had embraced the Sendai Framework and recognized that the State must take the lead role in reducing disaster risks.

“The development of the DRR policy is a step in the right direction in terms of providing a roadmap on public and private partnership opportunities with key stakeholders, especially local government, private sector and other key stakeholders,” Mr Leweniqila said.

Adopted in 2015 by 187 nations at the Third UN World Conference on Disaster Risk Reduction in Japan, the Sendai Framework outlines seven clear global targets, which should lead to significant reduction in disaster risks and losses in lives, health, and livelihoods.

Following Tropical Cyclone Winston in 2016, Fiji was recognised as a Sendai Target Champion by UNISDR for Reduction in Disaster Mortality which is Target 1 of the Sendai Framework.