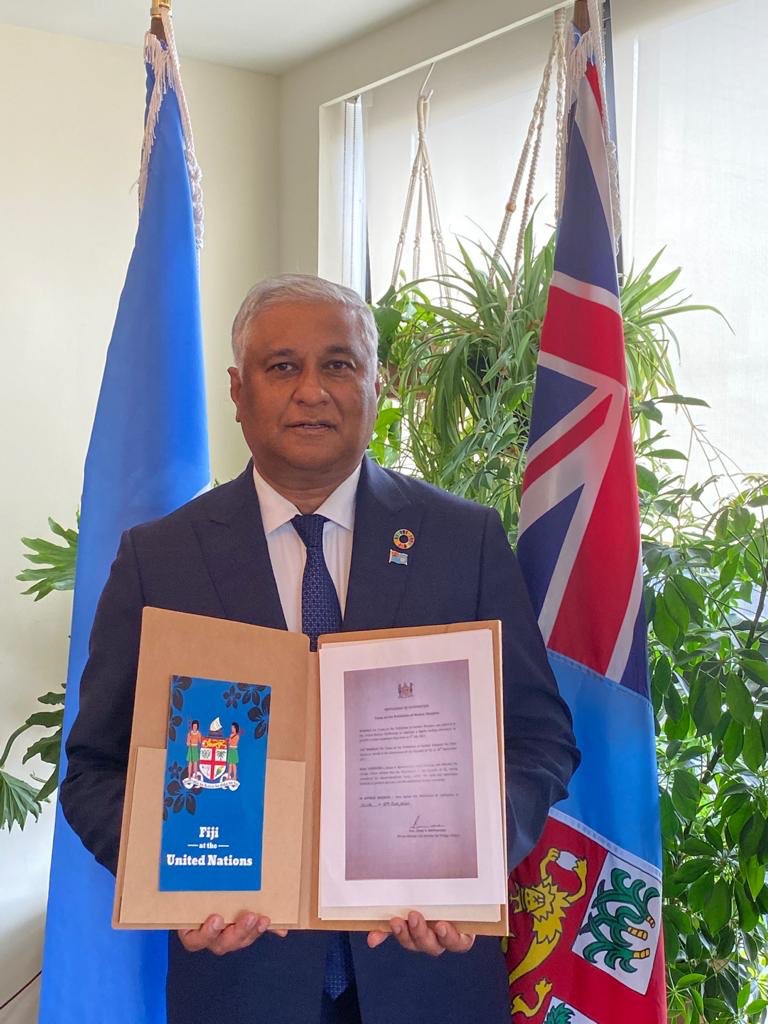 Fiji has today deposited its instruments of ratification for the Treaty on the Prohibition of Nuclear Weapons (TPNW) in the United Nations.

Fiji was one of a majority of 122 nations that voted to adopt the historic treaty banning nuclear weapons three years ago in the UN general assembly.

Fiji has become the 39th country to ratify the treaty: 50 are needed to bring it into force, outlawing nuclear weapons all around the world.

The treaty has been rejected by the world’s nuclear powers, who maintain their stockpiles and nuclear weapons programs.