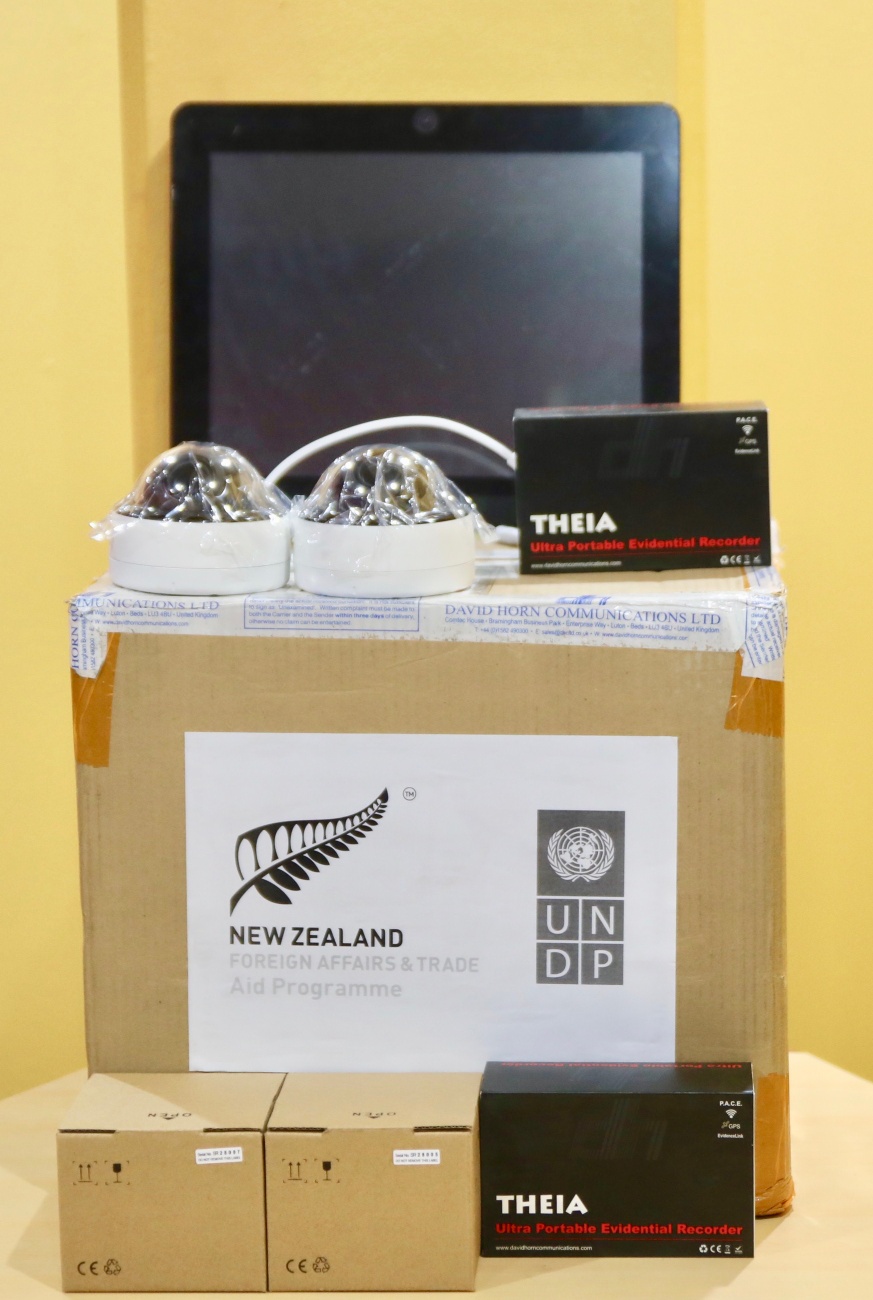 The Fiji Police Force has received the first batch of video recording equipment specifically designed for law enforcement to be used at the time of arrest and during investigation processes.

The equipment provided by the New Zealand government and the UNDP was received by Acting Commissioner of Police Rusiate yesterday.

This first batch of the video recording equipment is worth $230,000 and will enable police officers to record interviews and monitor what takes place in interview rooms, and also allow them to operate both remotely and in the interview room and to keep records on the server for a defined period.

A joint statement by Fiji Police, NZ government and UNDP stated that human rights protection at early stages of criminal process was ensured through two key interventions: protection of the rights of a person at the time of arrest or detention by police (First Hour Procedure) and during investigation processes by police (Video-Recorded Interviews).

It stated that the Fiji Police Force had been implementing a pilot of the First Hour Procedure and trained officers to develop investigative interviewing techniques in partnership with Fiji’s justice sector partners and UNDP.

A/CP Tudravu says the Early Access to Justice initiative is a collaborative effort by all key stakeholders of Fiji’s justice sector, in partnership with the Department of Justice, the Office of the Director of Public Prosecutions, Legal Aid Commission and Human Rights and Anti-Discrimination Commission and supported by New Zealand Police Advisors who are strategically placed within Fiji Police Force.

“The First Hour Procedure commenced in Totogo Police Station and the Criminal Investigations Division in Suva in 2016, and now is to be expanded to other parts of the country. As a result of the initiative, we have seen improvement in communication skills of officers and a reduction in the number of complaints against Police officers for conduct during the interview process,” he said.

The Video-Recorded Interviews are aimed to strengthen transparent criminal procedures and safeguard both the rights of detained or arrested persons and police, encouraging them more evidence-based rather than confession-based investigations, the agencies stated.

New Zealand High Commissioner to Fiji Jonathan Curr said New Zealand was pleased to support the Fiji Police Force in the areas of capacity development of police officers and procurement of equipment that would assist Fiji Police to meet its international human rights obligations.

“In expanding the work of the First-Hour Program, New Zealand supports the aim of a transparent, accountable and effective police force.  As a close neighbour to Fiji, New Zealand is committed to continuing our deep and long-standing security partnership with the Fiji Police Force,” Mr Curr said.

UNDP Pacific Office Resident Representative Levan Bouadze said: “UNDP’s Fiji Police Force Support project aims to build on the success of the Pilot of the First-Hour Procedure and expand it across Fiji. This is made possible with generous funding from New Zealand Government and technical support by New Zealand Police.”

“Having this modern ICT equipment installed across all police stations in Fiji will protect human rights by reducing instances and perception of misconduct by police officers. It will also ensure evidence is well captured and can be used at the later stages of investigation, prosecution and trial,” Mr Bouadze said.