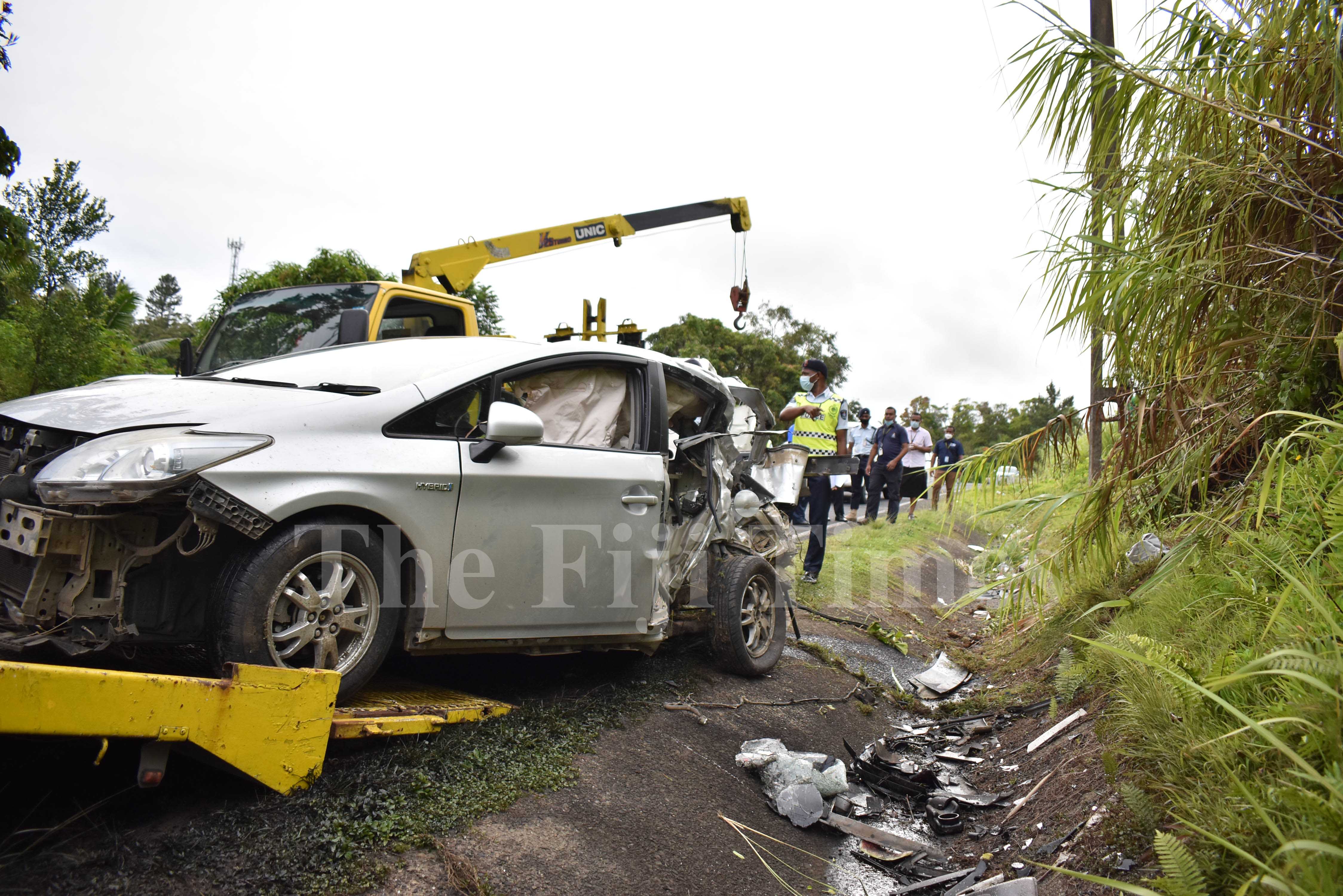 One of the vehicles that wa involved in the fatal accident is being towed away by authorities this afternoon - Sunday, December 5, 2021. Picture: JOVESA NAISUA

Fijian Police have now confirmed that a 23-year-old man and an eight-year old boy died in the accident that occurred along the Queens Highway – near the Vunisalato Settlement in Naboro earlier this afternoon.

Police said the young boy from Vesari was traveling with his parents in a small truck while the older victim from Nadi was a passenger in the vehicle that allegedly caused the accident.

“The alleged suspect is a 24-year-old from Navo, Nadi, who was driving at a high speed when he lost control of the vehicle, causing it to veer onto the opposite lane resulting in the head-on collision,” Police said tonight.

All seven occupants of both vehicles, including the two drivers, sustained serious injuries and are admitted at the CWM hospital.

Police are continuing their investigations.