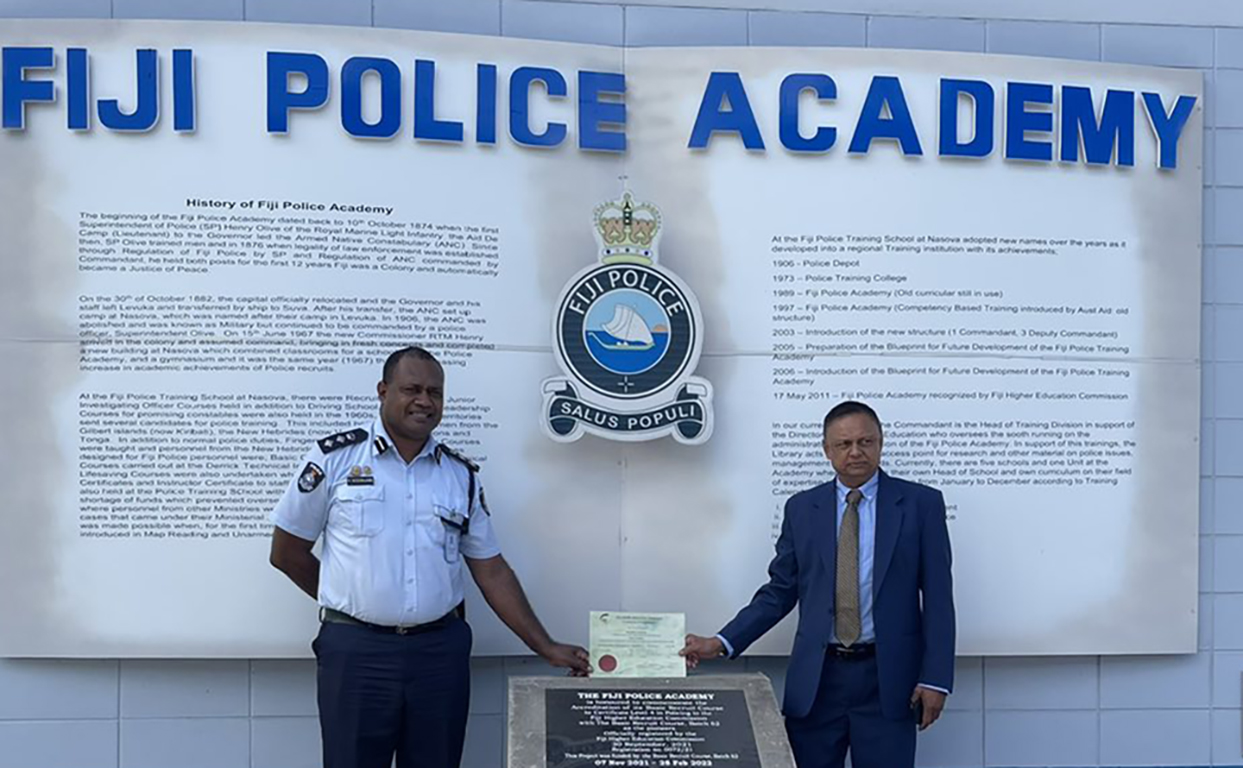 The Fiji Police Academy (FPA) has received its Certificate of Registration from the Higher Education Commission and is planning to offer higher education awards through its training program.

In a statement released today, Director of the Higher Education Commission Dr Rohit Kishore congratulated the FPA for this milestone, which reflected the quality assurance of the institution and its qualifications.

The statement stated that the FPA in its longer-term plans and visions aspired to offer higher education awards, a milestone itself for the FPA and the Commission, in delivering its mandated functions.

It further stated the FPA, which started operation in 1906 as the Police Depot, later changed its name to the Police Training College in 1973 and was restructured as the Fiji Police Academy in 1997 till today.