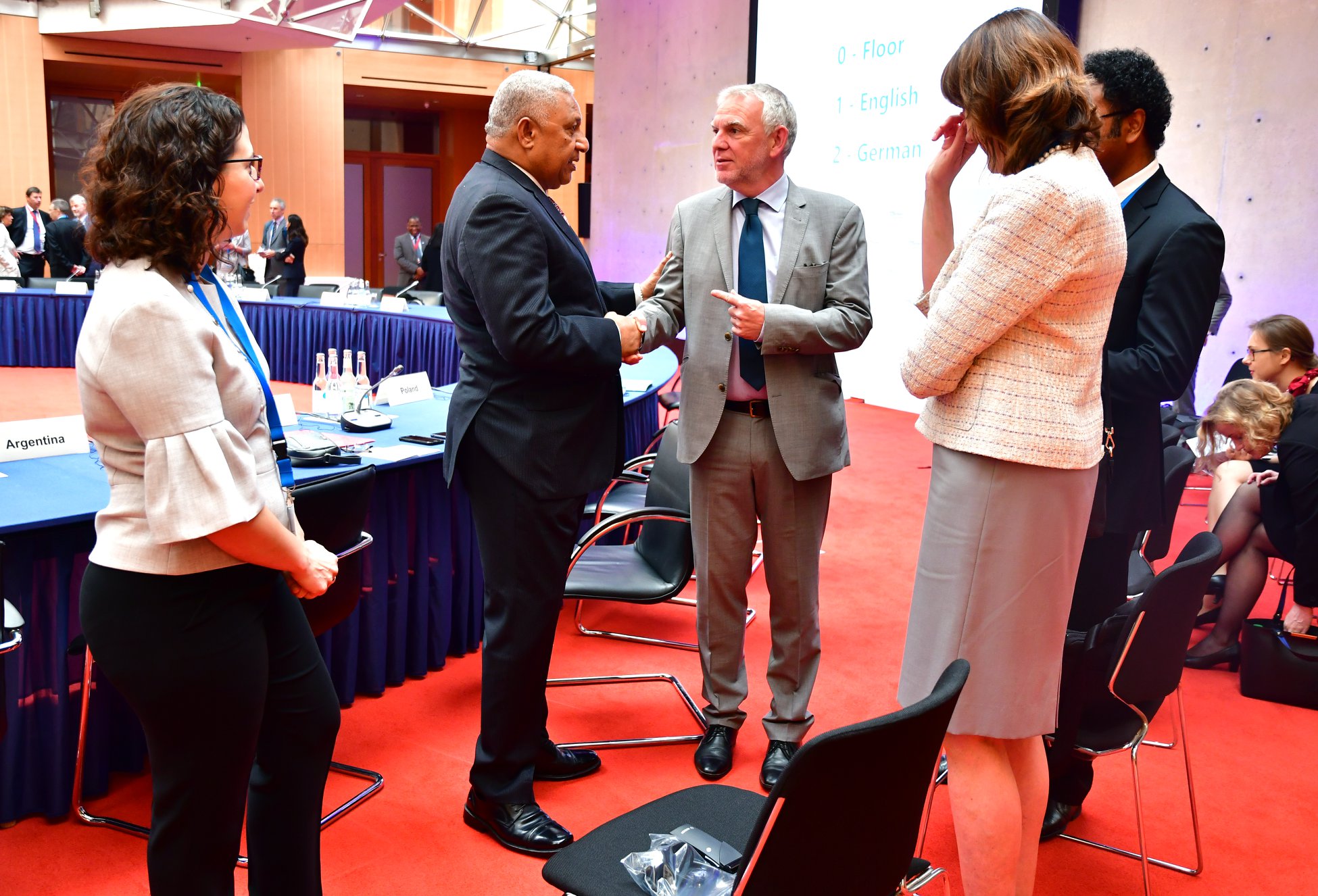 Speaking at the Petersberg Climate Dialogue on the Talanoa Dialogue for increased climate ambition, Mr Bainimarama reiterated that the platform was to accelerate the collective responses of nations.

“By the whole world embracing the Talanoa Dialogue, embracing the absolute imperative for more ambition and fulfilling that ambition through every nation raising its NDCs,” he said.

The NDCs or Nationally Determined Contributions (NDCs) arises from the Paris Agreement which are efforts by each country to reduce national emissions and adapt to the impacts of climate change.

Mr Bainimarama said the vehicle they had chosen during COP23 last November to achieve more ambition was the Talanoa Dialogue – a Pacific model of decision making based on inclusiveness and consensus.

“We witnessed at the first Talanoa Dialogue in Bonn last month a shift in perceptions about the value of this process,” he said.

“In fact, any initial cynicism quickly dissipated and participants were surprised how much it improved the level of engagement and flow of ideas.”

Mr Bainimarama however reiterated that the Talanoa Dialogue was not a talkfest where participants “go away with a warm inner glow, having boasted of our own achievements”.

“We are coming together to swap ideas about how we can all improve our performances,” he said.

“And the world expects the Talanoa Dialogue to deliver outcomes -concrete action to raise the ambition of our NDCs.”

Mr Bainimarama said the deadline for contributions to the Talanoa process through the dedicated UNFCCC portal was October 29.

“That’s everyone having to submit their ideas in just over four months’ time. Then comes the political phase at COP24 in December,” he said.

“And it is critical that governments come to Katowice demonstrating the political will to raise ambition and make the Talanoa Dialogue the success it needs to be for the whole world.

“Beginning now and in the various Talanoa sessions that are already taking place at regional, national and local level around the world; in the six months to Katowice and beyond; and for that momentum to be an unstoppable force by the time the leaders of the world gather for the UN Secretary General’s Climate Summit in New York in September next year.

“That summit will be the first of its kind since global leaders came together for the Paris Agreement of 2015 and we must make it count. It will be taking place the year before the Paris Agreement comes into force in 2020. So as a means of raising ambition, its importance cannot be overestimated.

“Because, if anything, we know that since Paris, the climate threat has escalated. And we need to match that with our response.”