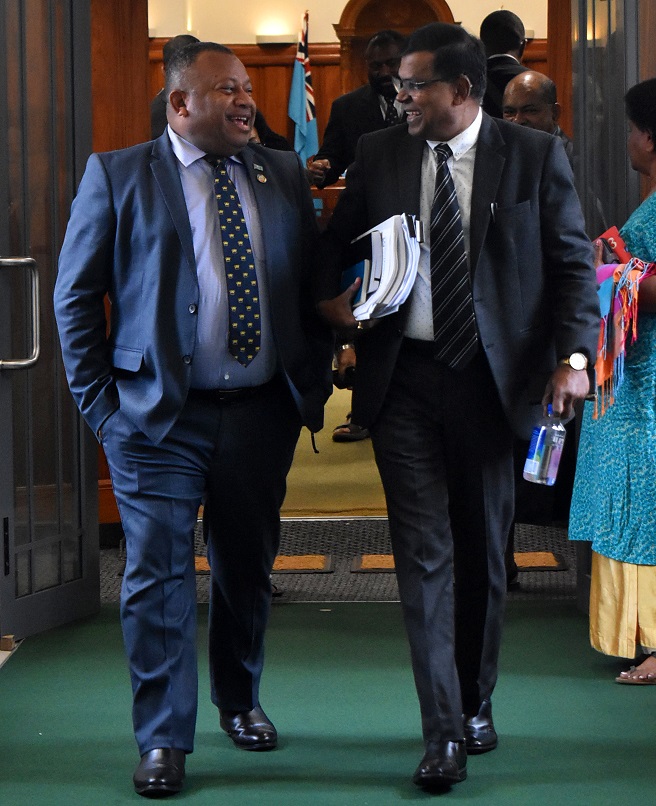 Fijian Prime Minister Voreqe Bainimarama said this in Parliament yesterday while explaining the reduction in allocation to the Sugar Ministry in the 2022-2023 budget.

“It took honourable Biman Prasad a matter of days after the budget to begin lying to our canegrowers,” the PM said.

“Despite the A-G’s (Aiyaz Sayed-Khaiyum) total assurance that we would pay the full $85 per tonne, honourable Biman Prasad said we won’t be paying that guaranteed price. That is an outright falsehood.

“Our growers will get the full $85 per tonne, as we promised they would.”

He said at present, the world price of sugar was rising.

“So, the Government doesn’t have to subsidise as large of a difference as it did in previous years to reach the $85 price floor.

“The budget allocation reflects that. If the professor can’t comprehend those basic maths, he should go back to school.”