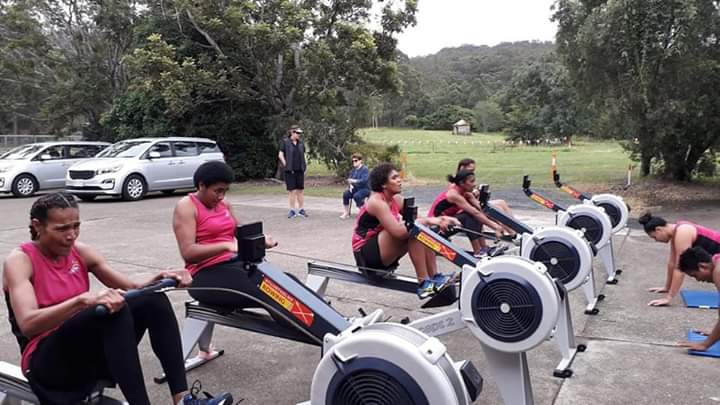 Fiji Pearls team during one of their training session in Brisbane last weekend. Picture: SUPPLIED

THE Fiji Pearls side will be facing world second-ranked Silver Ferns later this week as a build-up match in preparation for the Netball World Cup next month.

The team will play four matches against the Silver Ferns, New Zealand men’s team and the NZ All Stars team.

After a three-week training program in Brisbane, Australia, head coach Vicki Wilson said the team would have a tough experience as they go head to head with the world’s greatest.

“These games will be far tougher than what we experienced in Brisbane and it is all part of our journey towards the World Cup in Liverpool,” Wilson said.

The team returns this Sunday where they will be with their family for a few days before they leave for Liverpool on July 4.