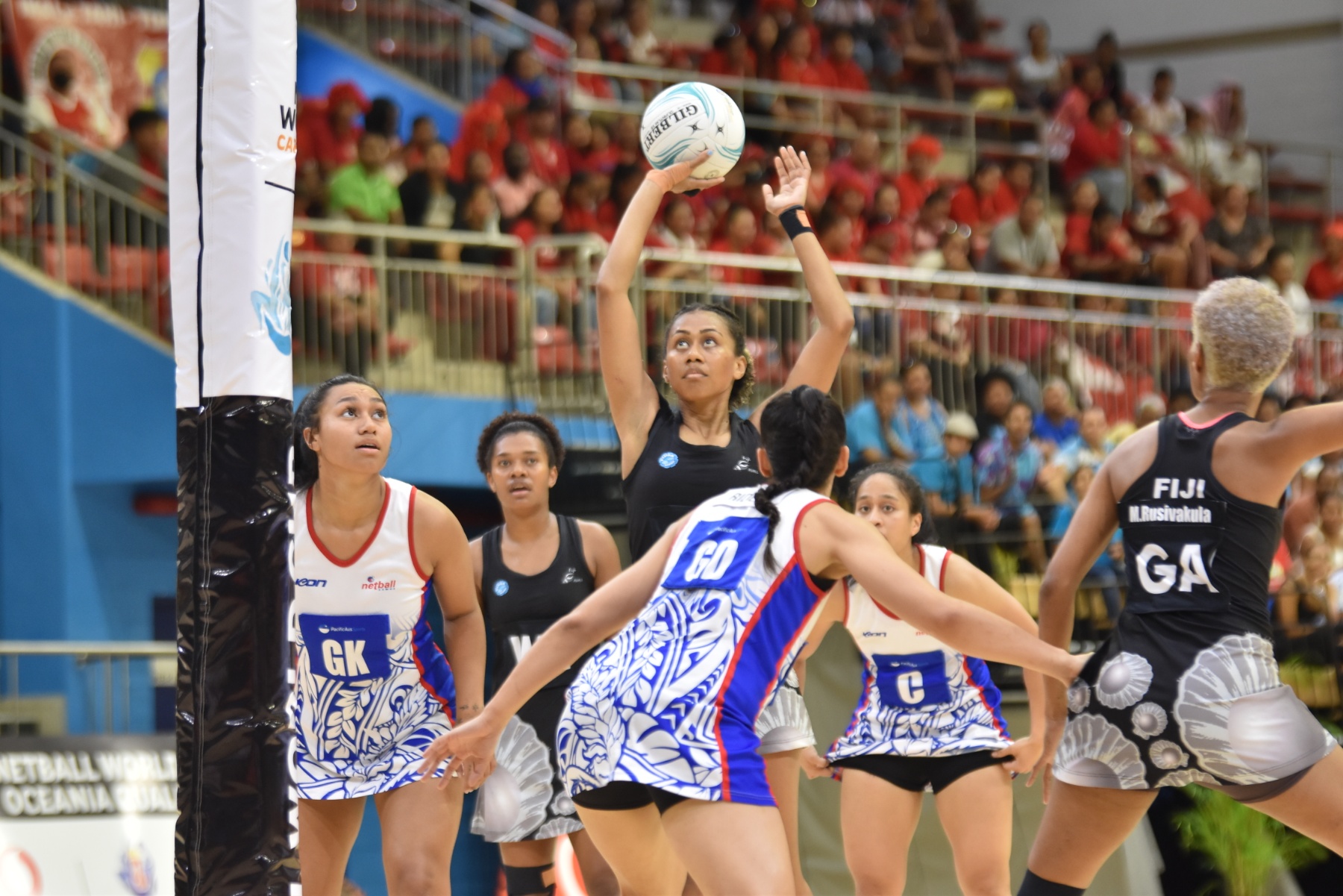 Unaisi Rauluni of the Fiji Pearl's focus on her shoot against Samoa during the Vodafone Netball World Cup Oceania Quarlifier match at the Vodafone Arena in Suva on Friday, July 22, 2022. Picture: JONACANI LALAKOBAU

Both teams fought right to end but Fiji maintained their composure to record their second win of the tournament.
Fiji led 14-9 in the first quarter and led 26-21 at the break.

Samoa came back strongly in the third quarter to trail by one point – 31-32.
Fiji sealed the game in the final quarter.

Tonight, the home side faces the Cook Islands while Samoa takes on Papua New Guinea.

Meanwhile, Tonga qualified for the 2023 Netball World Cup after beating the Cook Islands 69-44.