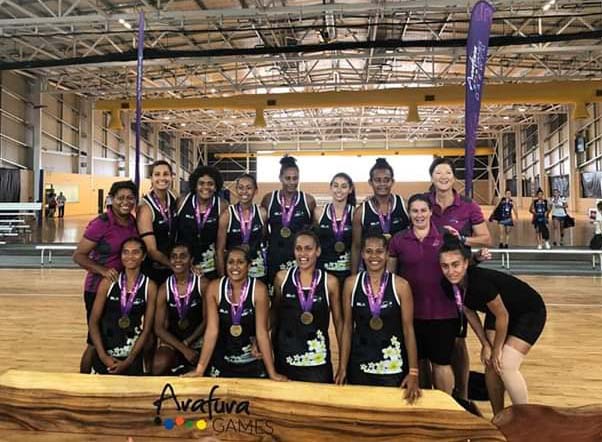 The Fiji Pearls at the Arafura Games in Australia last week. Picture: SUPPLIED

THE Fiji Pearls netball team is back home after its successful three weeks tour of Singapore and Australia.

The Fiji Pearls are preparing for the upcoming IFNA Netball World Cup in July after being undefeated in all the matches in the past three weeks.

At the Arafura Games, the Pearls played against the Australia Defence Force in the final where they came out victorious 65-37.

Fiji stayed undefeated throughout the pool games and the playoff winning six games in total.

“The girls have just arrived at their homes and they will have time off for rest and recovery before we get back into training next week,” said Wilson.

The team will return to Australia and New Zealand for training camps and a series of matches.

“In June we will travel to Brisbane for a three-week training camp and to Auckland for a series of games against the Silver Ferns and the New Zealand men’s team before our final preparations for the World Cup.”

Fiji is ranked 14th in the world and is pooled with Jamaica, South Africa and Trinidad and Tobago in the world cup.