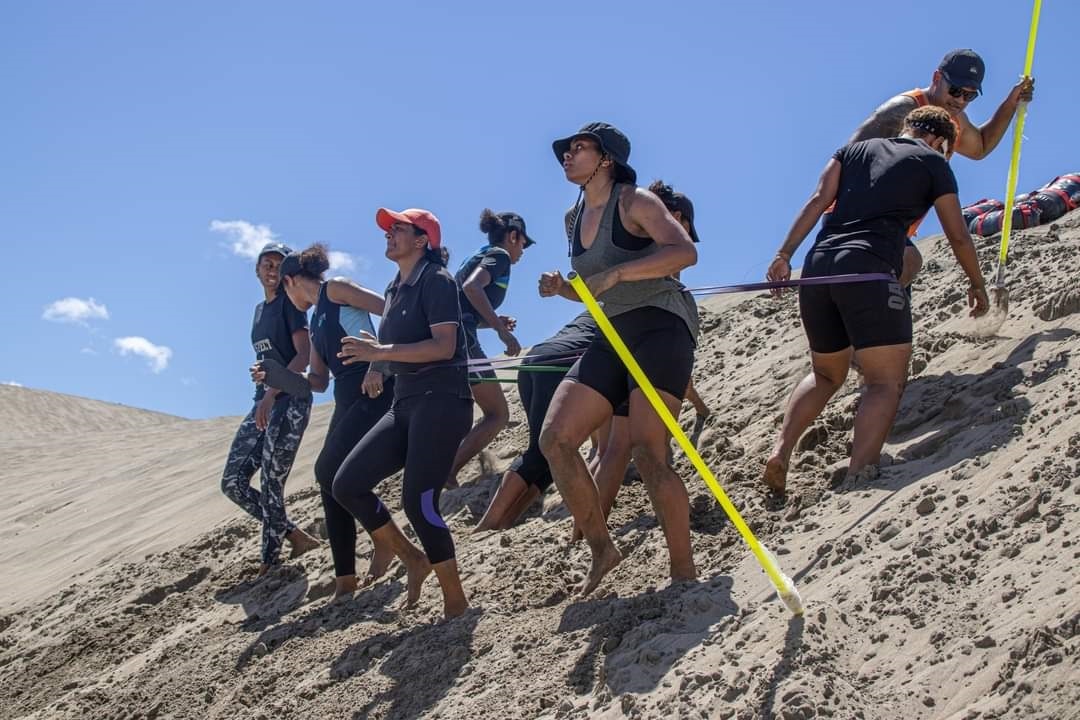 Some members of the Fiji Pearls team at a training session in Sigatoka. Picture: NETBALL FIJI

The Fiji Pearls side has been drawn in a tough pool for next year’s Netball World Cup. Fiji is the bottom seed in Pool A which has world No.1 Australia, Tonga and Zimbabwe.

The Fijians are currently ranked 15th in the world behind Tonga (8) and Zimbabwe (13). Netball Fiji chief executive officer Vivin Koster said it would be a good challenge for the team.

“Australia is world No.1 and one of the top bets in the tournament.

“We have played Tonga before and we know what to expect but we don’t have much idea about Zimbabwe,” Coster said.

She added that at least they knew what to prepare for now. “The pools have been drawn and now we have a fair idea of what to expect when we do take the field,” she added.

The 2023 Netball World Cup will be held in Cape Town, South Africa from July 28- August 6.

Meanwhile, the Fiji Pearls fly to Singapore tomorrow where they will face Ireland, Singapore, Malaysia and Botswana in the 2022 Nations Cup.