Fiji netball girls urged to do their best 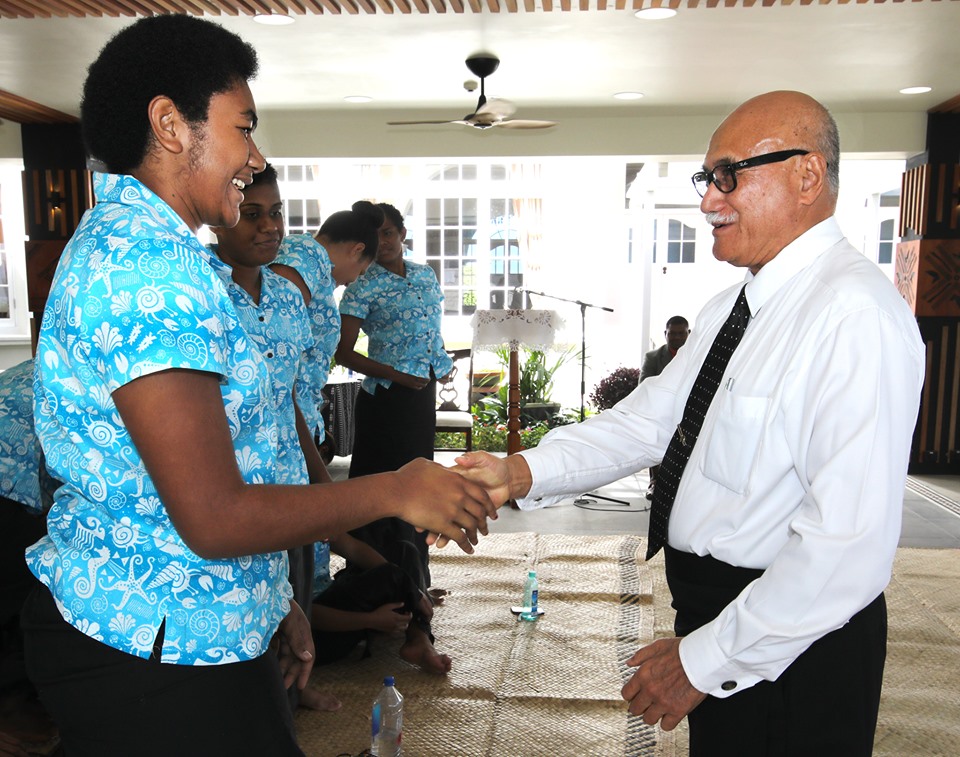 NETBALL Fiji president Wainikiti Bogidrau said the visit to the president, Major General (Ret’d) Jioji Konrote, for the itatau was an eye opener for the Fiji Pearls side today.

“We are happy that we were farewell by the country and that too by the President. The girls were reminded to do their best and also reminded that they are not only representing themselves or their family but the country as a whole,” Ms Bogidrau said.

President Konrote told the team to learn as much as possible.

“This is the youngest team to take part in the World Cup and while you are playing, try to learn as much as you can. You are going to be our future sports ambassadors. Respect your opponents and be thankful and humble in victory,” Mr Konrote said.

The Fiji Pearls will compete at the Netball World Cup from July 12-21.