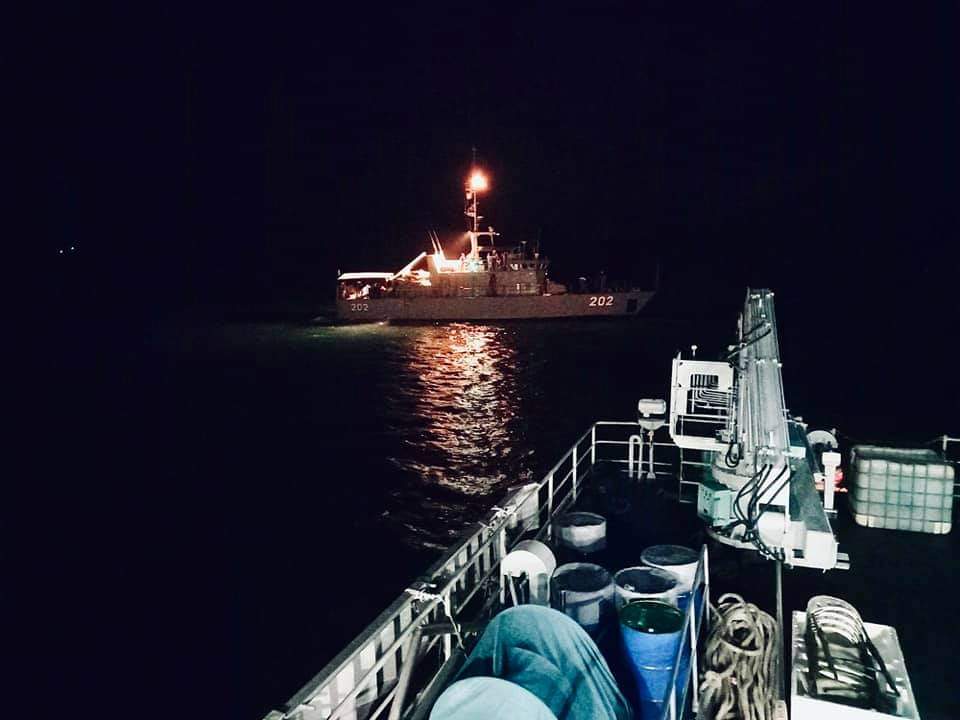 Five crew members of a fishing vessel sailing between the Yasawas and Mamanucas are missing after they allegedly jumped out of the ship on Monday early this week.

A search and rescue mission launched by the Royal Fiji Navy and the Royal New Zealand Air Force is underway to search for the missing crew.

According to the Royal Fiji Navy, six crew members went overboard while two remained on board.

“The RFN (RCC Fiji) were alerted yesterday morning after which a local aircraft from Life Flight Fiji was deployed to conduct an aerial search,” a statement from the Fiji Navy said.

“The RFNS Kikau deployed (on Wednesday) night arriving on scene (on Thursday) morning and was later joined by the Royal New Zealand Air Force P-3 Orion.

“The fishing vessel was located and one of the crew (members) that fell overboard was also located late (Thursday) afternoon by the P-3 Orion.

“The aerial and surface search is further challenged by the deteriorating weather condition and rough seas.

“Our focus is to save lives and ensure that the drifting vessel does not become a navigation hazard.

“The intention is to continue the search tomorrow.

“We acknowledge the support from New Zealand who promptly provided an aircraft to support this SAR operation.”