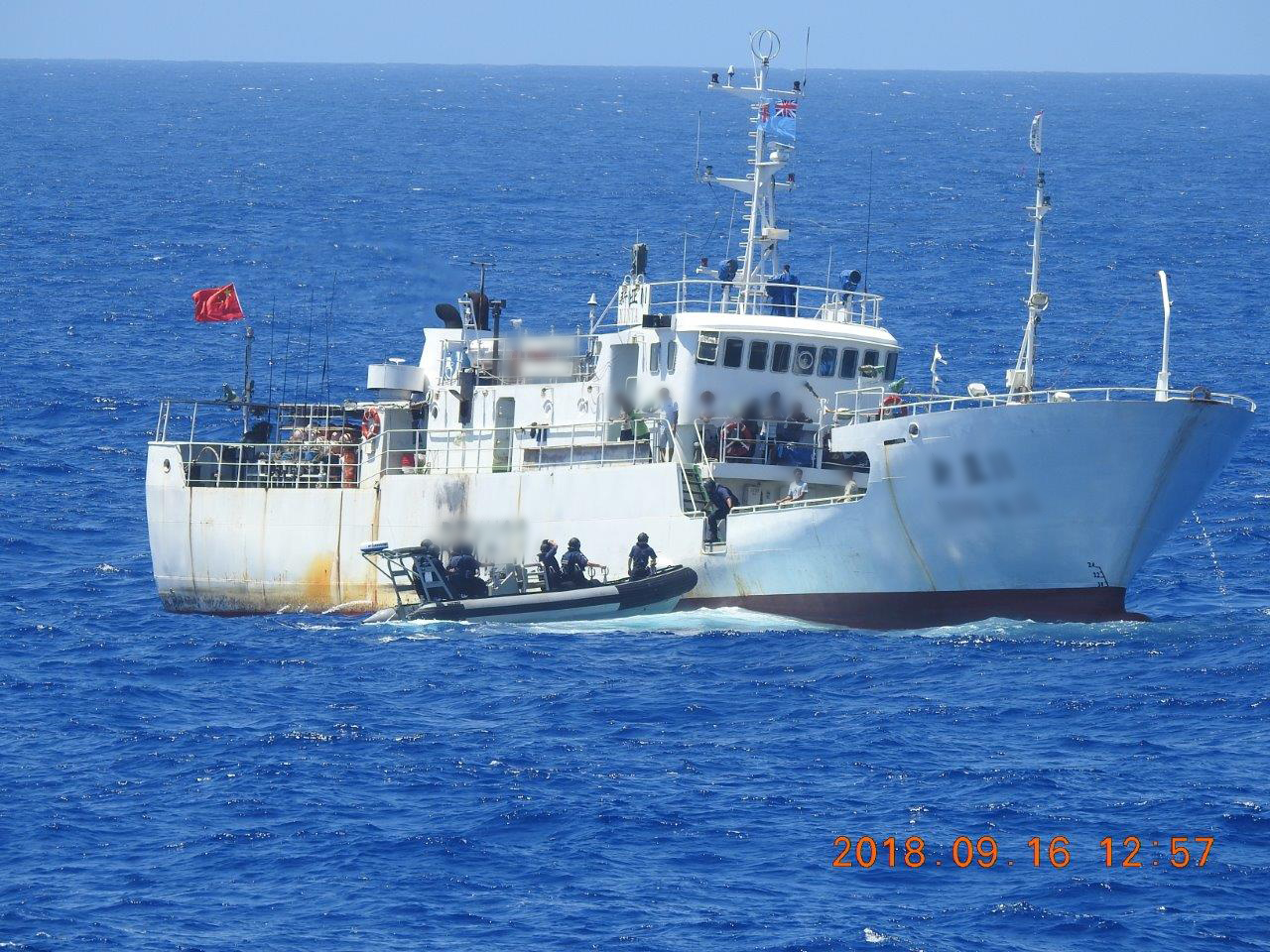 About 160 vessels in Fijian waters were inspected during combined maritime surveillance patrols by New Zealand and Fiji agencies since June. Picture: SUPPLIED

THIRTY-one sailors from the Fiji Navy have trained on HMNZS Taupo and HMNZS Otago.

This was revealed by Lieutenant Commander Lorna Gray, the Commanding Officer of HMNZS Otago, during the conclusion of the combined operation yesterday.

Lieutenant Commander Gray said the training focused on core marine skills and increasing their knowledge within their chosen trades.

Lieutenant Commander Gray said about 23,000 kilometres were covered and 1160 hours were spent on patrol during the combined operation.

“The completion of the patrols did not signify the end of the enforcement effort,” Mr Batibasaga said.

· Number of vessels inspected: 156
· Distance covered during the patrol: about 23,000 kilometres (equivalent to 5.3 return trips from New Zealand to Fiji)
· Size of patrol area: approximately equivalent to five times the land mass of New Zealand
· Number of hours spent on patrol: about 1160
· Number of Republic of Fiji Navy sailors trained: 31
· Other agencies involved in the patrol: Republic of Fiji Navy, Ministry of Fisheries, Fiji Revenue and Customs Service and New Zealand’s Ministry for Primary Industries