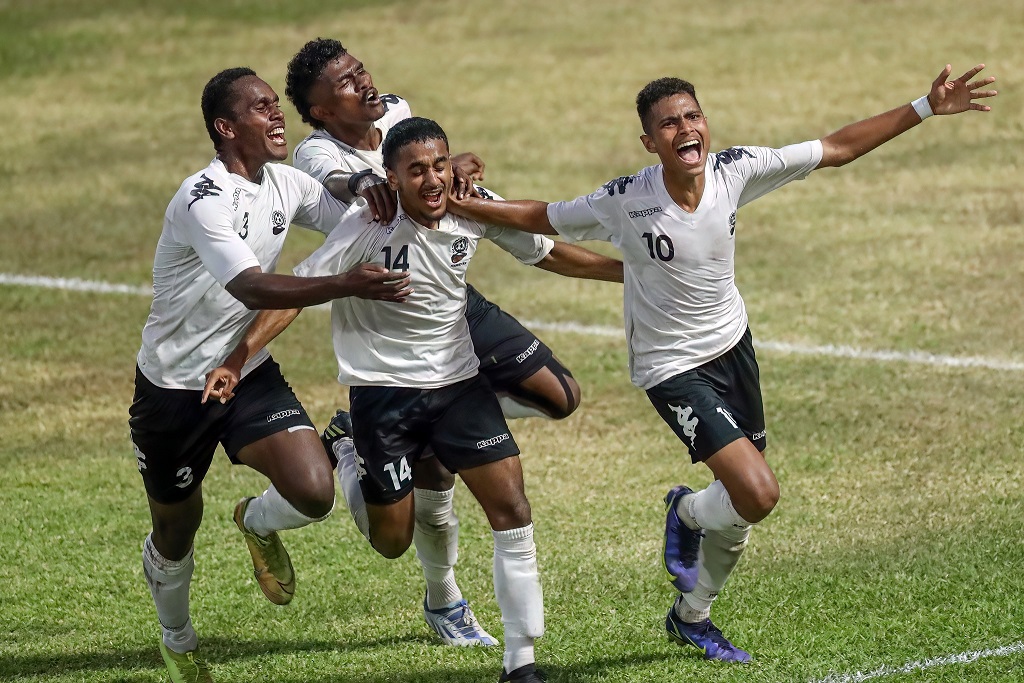 Nabil Begg (10) celebrates his goal with team mates which sent Fiji through to next year’s FIFA U20 World Cup. Picture: OFC/SUPPLIED.

A 75th minute tap in goal by Ba midfielder Nabil Begg against New Caledonia in the semi-finals of the OFC Under-19 Championship in Tahiti yesterday, has secured the Digicel Junior Bula Boys a spot at next year’s FIFA U20 World Cup.

Begg tapped in a Gulaam Razool cross from the right flank midway through the second spell to see Fiji edge New Caledonia 1-nil.

Fiji continued to apply pressure when the second half commenced and were eventually rewarded when Begg found himself unmarked at the end of a beautifully timed cross.

New Caledonia applied pressure after going down but the Fijian defence stood tall.

Coach Ronil Lal said the win wouldn’t have been possible without the contribution of all stakeholders.

“The boys have sacrificed a lot. I would like to take this time to thank all the players, their families, not forgetting our association, our president, our CEO and everybody who was part of this team,” Lal said.

He dedicated the win to all Fijian football fans.

The second semi-final between New Zealand and Tahiti was being played last night when this edition went to press.

The winner of the match will join Fiji at the 2023 FIFA U20 World Cup which will be played from May 20 to June 11 in Indonesia.