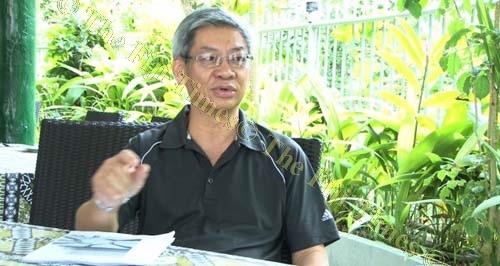 THE tourism industry has lost one of its biggest icons with the passing of Dixon Seeto early this morning.

Mr Seeto was the president of the Fiji Hotel and Tourism Association – a position he held since 2003 – and was a very senior member of the Fiji Chinese Society.

He was also chairman of the Tertiary and Loan Scheme Board and served in various capacities in Government over the past few decades.

Close friend and business associate, chairperson of the Hexagon Group of Hotels Hafiz Khan said Mr Seeto’s passing was a huge loss to him personally, to the tourism sector and to the country.

“We have been friends for more than 55 years and we regarded each other as family more than business associates or friends,” said Mr Khan.

“For the industry as a whole, it’s a huge loss because Dixon leaves a vacuum that will be very hard to replace.

“It is very hard to find people who had his passion and drive and was as dedicated as he was to the tourism sector, and particularly to the hotel industry.

“He knew it like the back of his hand and he fought very gallantly for issues that affected us – he negotiated diplomatically with the Government and with other stakeholders and was never afraid to speak his mind.

“He has been the president of FHTA since 2003 and always unopposed because he did such a sterling job.

“And with the Chinese Society, he was a very respected senior member.

“Dixon was the face or front-man for the Hexagon Group. We left all the publicity to him because he knew the industry so well and his passing is a huge loss.

“Our deepest and most profound condolences go to his wife Jenny and son, Gareth, and the Seeto family.”

Mr Seeto, 68, passed away at the Prince Alexandra Hospital in Brisbane, Australia.