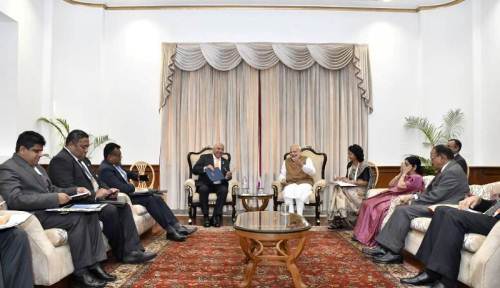 INDIAN High Commissioner to Fiji, Padmaja says the relationship between Fiji and India is expected to grow.

Ms Padmaja said this while reacting to win by Narendra Modi in the General Elections in India last week.

“I would like to say that elections are celebrations of democracy and India being the largest practicing democracy in the world, the entire world has been keenly watching the Indian elections,” Ms Padmaja said.

“It is a mammoth exercise and successful holding of an Election of this magnitude is indeed a matter of pride for every Indian,” she stated.

She added that the historic visit in 2014 was a milestone for the Pacific.

“The historic visit of the Prime Minister of India to Fiji in November 2014 was a milestone not only for India’s relations with Fiji but also for all the Pacific Island Countries (PICs) as the first Summit of the Forum for India-Pacific Islands Cooperation (FIPIC) was held during that visit which saw high-level participation from all the 14 PICs,” she added.

The voting lasted almost six weeks to accommodate nearly 900 million people who were eligible to cast their votes.

On Thursday, the ballots were counted and results showed Modi’s Bharatiya Janata Party, or BJP, winning more seats than any other party.