Fiji has an ambitious goal on renewable energy: Cho 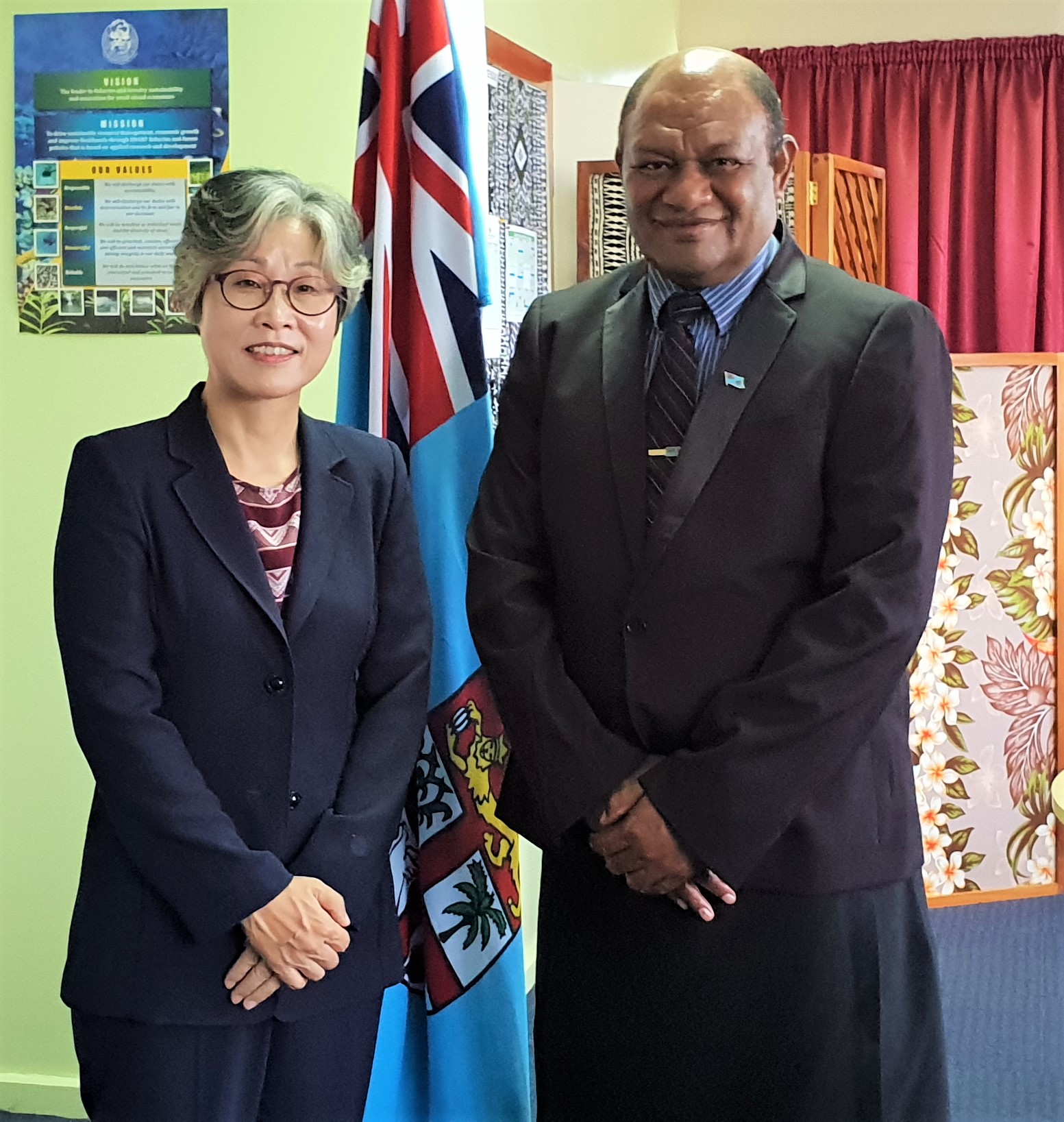 KOREAN ambassador to Fiji Shinhee Cho says Fiji has an ambitious goal on renewable energy and its efforts to fight climate change.

She made the comments during her courtesy visit to Minister of Forestry Osea Naiqamu in Suva yesterday.

“Fiji’s proactive effort and commitment to fight against climate change is heading in the right direction,” Ms Cho was quoted saying in a Government statement.

She said the Korean government considered climate change and renewable energy as important issues and she believed there was a great potential to widen the cooperation in those areas between the two countries in the future.

“It was a very fruitful meeting and it was also good to meet Minister Naiqamu in person, especially when we are about to establish the platform for cooperation.”

She hopes to have more meetings as such in the future, which would result in more tangible outcomes.

Mr Naiqamu said he hoped the Government through the ministry would work with the Korean government in its efforts to fight climate change and also its focus on renewable energy.