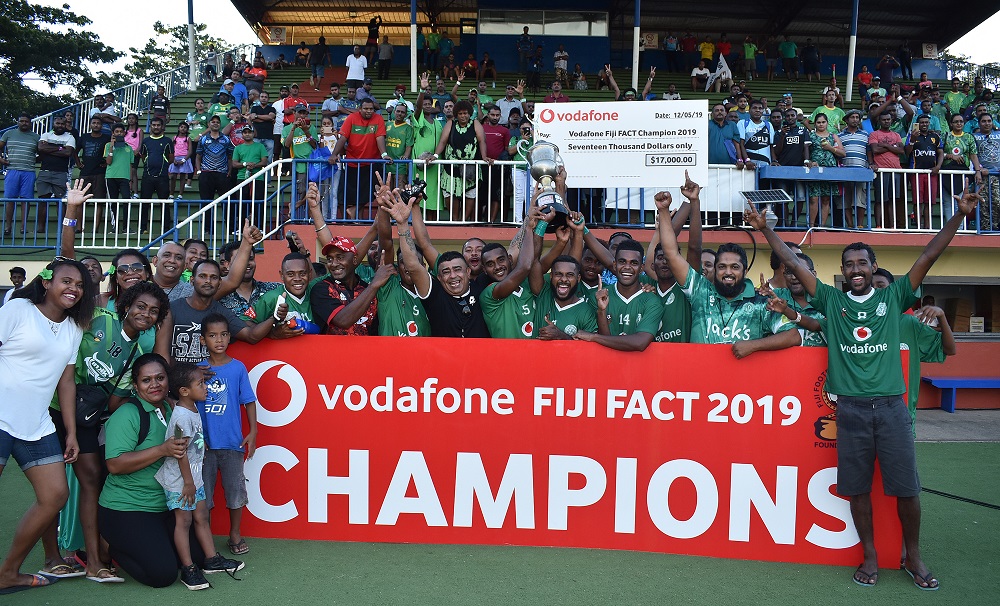 Defending champion Nadi go into the Vodafone Fiji FACT as the most consistent team in the past seven years.

Nadi has received a major boost ahead of the start of the tournament this weekend with two Australian firms joining hands to sponsor the team.

Esy Kool, a company owned by former Nadi player and coach Eswa Nadan ‘Ninja’ and Kris Transport Sydney, have come on board to boost the ‘Green Machine.’

Vijendra Raju of Kris Transport Sydney said his company was proud to team up with Esy Kool to support the district team.

Raju reminded the players to be ambassadors of the sport as well as the district to reflect the good moral values of the sponsors.

Nadi Football Association executive Mohammed Mohin Rafiq said the side was keeping a low profile going into the tournament.

“After winning four Fiji FACT titles in the past seven years, the players will be seeking inspiration from last year’s victory when all odds were stacked against them in the tournament,” he said.

Nadi will take on Lautoka in the opening Group B match at Churchill Park, Lautoka at 3.30pm tomorrow.

Prior to that, Ba will face Nasinu in a Group A match at 1.30pm.