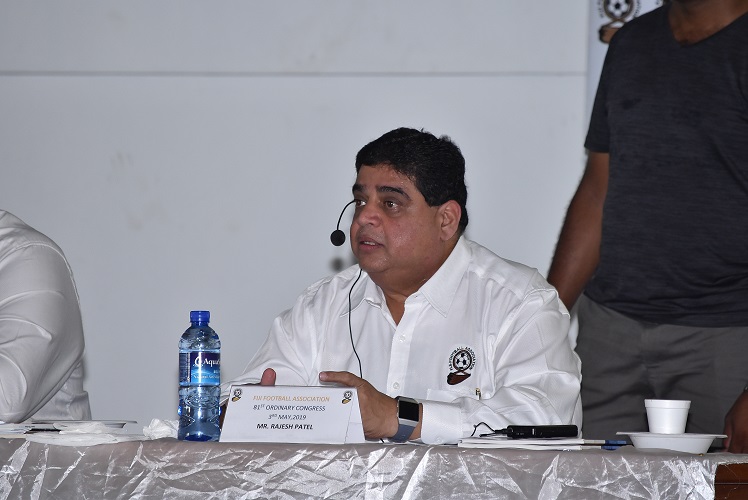 The Marika Rodu-coached team was placed second in the group stage after going down to Vanuatu 1-0.

The side was walloped 6-1 by eventual winner New Zealand in the semi-final.

Fiji created history by qualifying for the Olympics in Rio, Brazil in 2016 after winning the regional qualifiers in 2015.

All the players from the squad have been released to represent their respective districts in the Courts Inter District Championship which started at Prince Charles Park in Nadi on Tuesday.

Patel said everyone was disappointed when the team did not do well after spending so much money.

“It was a pool that the team knew how to qualify from to the semi-finals,” he said.

“But they lost to Vanuatu in the group stage and had to face New Zealand which has players who play overseas. They have professional players. However, it does not mean that we are down and out because there will be another time.

“We have to make sure to get our youth development to a high standard and have the coaches who are coming through.”

The New Zealand senior team known as the All Whites is ranked 122 in the lasted FIFA World Rankings while Fiji is in the 163rd position.

In an interview after the heavy loss to the Oly-Whites last week, Rodu said there was a need to send local players abroad to gain overseas exposure.

On the exposure issue, Patel highlighted about the gap between the two nations but stated that the local players needed to be consistent coming through to the U23 system.

“It seems like the players fade out after making the U20 squad. So many good players have come through the U20 system but have faded away.

“The players need to understand that if they want to represent the national team, they have to be consistent all the way through the system.”

New Zealand will represent the region at the 2020 Tokyo Olympics.