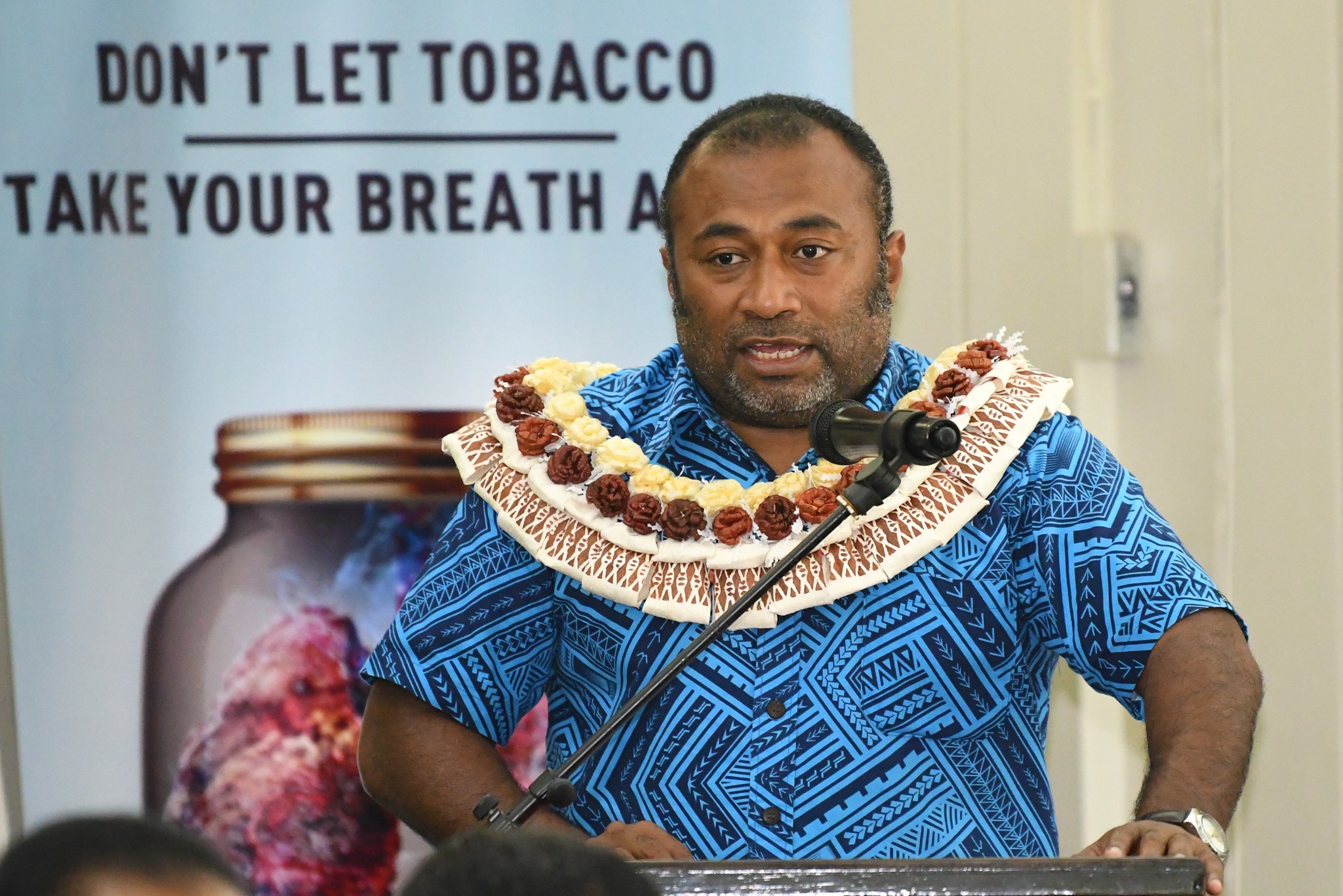 Speaking at the Fiji Multi-Sectoral Workshop on Strengthening Tobacco Control Enforcement workshop today,  Dr Waqainabete said the Government was taking a multi-sectoral approach to curb the increasing illicit trade of tobacco and emerging tobacco products such as shisha tobacco, e-cigarettes and chewing tobacco.

He said it was critical for the Government to take this approach and ensure those products were imported within the requirements of the law.

“We’ve seen emerging tobacco products such as shisha tobacco and other products such as e-cigarettes landed in our shores, chewing tobacco has entered Fiji through our ports of entry and courier agencies, and we have seen an increased number of counterfeit and other tobacco which does not meet the requirements of the Fijian law,” Dr Waqainabete said.

The Fijian Government through the Ministry of Health and Medical Services this year ratified the ‘Protocol to Eliminate Illicit Trade in Tobacco Products’.

This protocol will enable the ministry to promote cross–sectoral information sharing and enforcement against illicit tobacco trade.

The workshop, hosted by the ministry and facilitated by the World Health Organisation (WHO) aims to strengthen tobacco control by addressing illicit trade of tobacco products at border control and within; increase visibility around the areas of enforcement and prosecutions and promote awareness on the effects of tobacco use, particularly as a barrier to global and national development.

Dr Waqainabete told participants of the workshop that the agenda before them in the next few days were real and were pertinent issues here at home.

He encouraged them to have a frank and fearless discussion on those issues and come up with how best they could work together to support national approaches that were innovative and not of the past.

The workshop is being held at the Novotel Hotel in Nadi.