Fiji Drua to meet Vikings in NRC decider at Lautoka 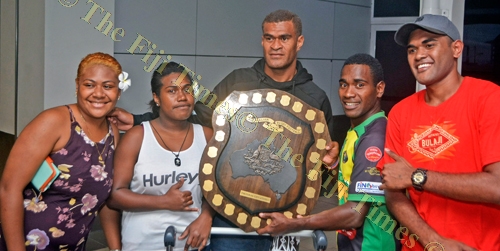 THE FIJI Airways Drua will be working on improving its ball possession at training this week ahead of the National Rugby Championship semi-final against Canberra Vikings at Churchill Park in Lautoka on Saturday.

Fiji Drua defeated the Force 33-28 in the final round robin fixture last Saturday to finish at the top of the points table in the competition to claim the Horan-Little shield.

The side was down 14-7 at half time and staged a second half rally to snatch a close victory.

While the win and home semi-final was the target, coach Senirusi Seruvakula expressed disappointment with the high error rate of the players. Seruvakula said there were many errors from the start which created problems for them especially in defence.

“We lost our game plan to go out there to score tries through our set pieces,” he said.

“We dropped the ball a lot and lost possession. Our scrum needs to go through some work but possession was the main problem. “Our defence was shaky at times through some misunderstanding. The boys need to understand better playing at this level.”

He has urged the fans to come out in numbers at Churchill Park to support the players rather than watching the match on television. “We have to prepare well,” Seruvakula said.

“There are no injury concerns and everyone is fit to go. We had a plan to get the semi-final to Fiji and we achieved that. “We have brought back the big Horan-Little shield named after two Australia Legends which is a good achievement for the players as they will be holding on to it for one year.

“There will be some changes for the semi-final and I will finalise that when I see the players at training.

“We are requesting the fans to turn up in numbers to support the team rather than staying home to watch the game on television. This is the first time that we are hosting a home semi-final and the boys need to support to boost their morale on the field.”

The team returns to camp on Wednesday. Queensland Country will play the Force in the other semi-final.