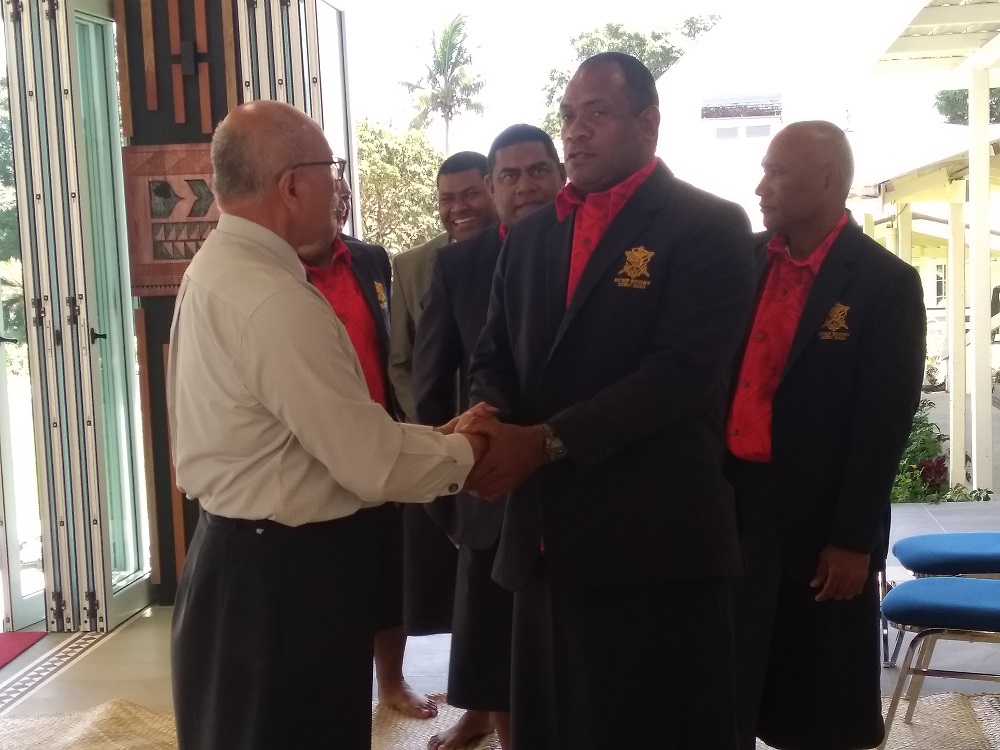 THE Fiji Defence Force rugby team presented their itatau today to the President, Major General Ret ‘d Jioji Konrote, before they leave for Japan on Sunday for the International Defence Rugby competition.

The Fiji Defence team will be defending the title after they won it from England in 2015.

However, only five survivors from the recent tournament are part of this year’s team.

The Defence team will be playing in Japan simultaneously with the Rugby World Cup and their first match will be against Korea on Wednesday.