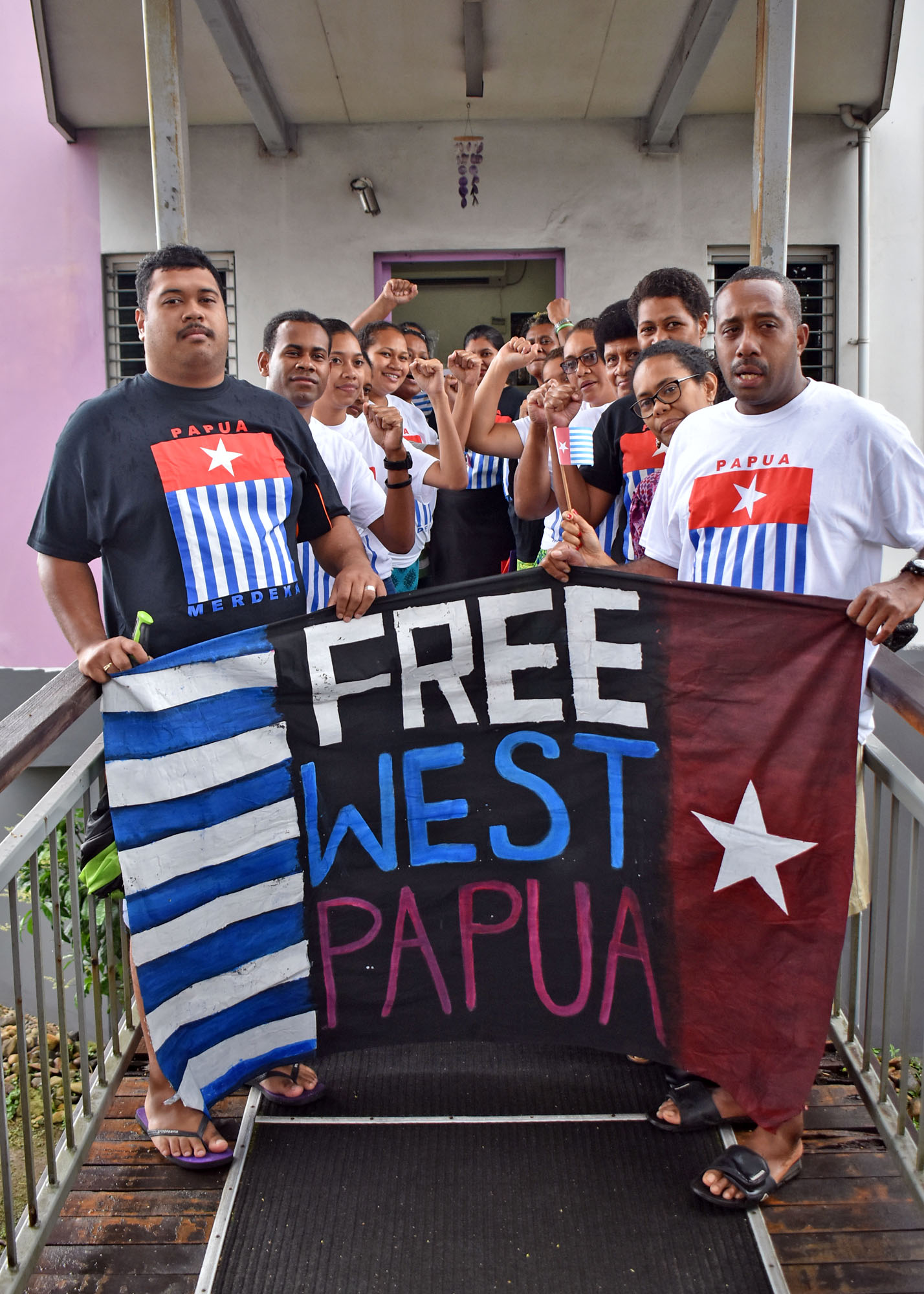 CIVIL society organisations claim police allegedly used bullying tactics when they ordered the removal of the West Papua flags and placards that were displayed in their respective offices this week.

Yesterday, the Fiji Women’s Crisis Centre (FWCC) and the Pacific Conference of Churches (PCC) were asked to lower the West Papua flags and banners bearing the country’s Morning Star flag.

FWCC co-ordinator Shamima Ali said they had a West Papua banner displayed on their premises to symbolise their stand against the acts of violence in West Papua.

“Since Tuesday they had been citing Section 16 of the Public Order Act telling us to remove the banner but we have refused and told them we were not violating any laws,” she said.

“Today (yesterday) they came down to the office and apologised to us saying there was a misunderstanding.

“The miscommunication bit was not explained to us, but we are quite concerned that we are here supporting another Pacific nation and here we have the police hassling us not to do this.

“Considering the recent Pacific Islands Forum meeting in Tuvalu where general consensus was reached to make a stand against the violence in West Papua, we have ill-informed police officers in Fiji seeing it fit to harass a non-governmental organisation doing its part in the fight to free West Papua.”

Pacific Conference of Churches general secretary Rev James Bhagwan confirmed yesterday that police officers also visited the PCC office, claiming that the orders came from the Ministry of Defence to warn that flying the flag was a breach of Fiji’s Public Order Act.

According to the PCC, in November 2014 police also seized a Morning Star flag from the same property at the request of the Defence Ministry and the Office of the Prime Minister.

Police chose not to comment on the CSOs concerns when contacted yesterday.